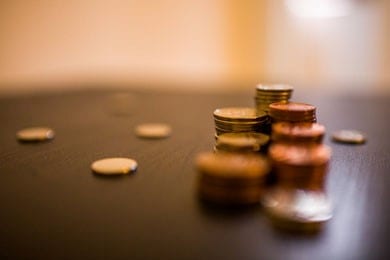 A taxpayer has been vindicated at the First-Tier Tribunal after HMRC presented an incoherent and error-ridden case against them, representing a rare defeat for the Revenue on TMA Discovery Assessments.

Mr Rango Nelson ran an eBay auto parts business with his wife and his father from December 2008 to June 2013.  Because of immigration restrictions on both Mr Nelson and his wife limiting the amount that they could earn, the profits were initially allocated to the father, who had an unfettered right to work in the UK.

During 2010, Mr Nelson was given the right to reside in the UK, so the profits for 2010-11 were then allocated to him.  Then, the following year, Mr Nelson’s father decided to try to bring his wife to the UK from Sri Lanka.  Needing to show that he had sufficient income to support her, the profits from the eBay business were reallocated to him for that year.  In subsequent years the eBay business became unprofitable and closed.

When HMRC sent Mr Nelson a tax return for 2011-12, he did not include any of the eBay business’ profits because they had been reported on his fathers’ return.  In 2014, HMRC sent a letter to Mr Nelson questioning the accuracy of his 2011-12 tax return, informing him “[we] have reason to believe you have been trading online for which you have received income but have not declared on your tax return”, and requesting that he complete an Expenditure Schedule detailing his living costs for the financial year.  The requested documents were completed and returned with a letter from Mr Nelson’s father explaining that he had taken on the eBay business for the year in question, giving the reference number of his tax return.

Mr Nelson was then called into a meeting with an HMRC inspector where he explained that his income from his day job as a minicab driver, combined with the eBay business profits, were not enough to meet his outgoings, and he was descending further and further into debt.  He also concealed the fact that his wife was involved in the eBay business as she did not have the legal right to work in the UK.

After the meeting Mr Nelson continued to communicate with the HMRC inspector, but at some point the inspector became dissatisfied with the level of co-operation and closed his enquiries, making the assumption that Mr Nelson needed £28,911 in 2011-12 to live on, disregarding that Mr Nelson met a lot of this with personal debt (by virtue of an erroneous credit report), and making the further assumption that his living costs were equivalent across the entire period 2007-14, using the RPI to adjust for prior and subsequent years.

The case reveals a number of problems with HMRC’s approach:

Given the evidence presented to the Tribunal, it was easy for the Judge to allow the appeal, stating in her decision “it is abundantly clear that Mr Nelson did not deliberately understate his tax liabilities for any of the years”.  This begs the question: why did HMRC reject the evidence?

Mr Nelson and his father submitted their tax returns correctly to HMRC and yet were subjected to an investigation which they then failed, having provided sufficient evidence to prove there was no wrong-doing.  The amount of tax charged was based on a dubious method of back-dating one year’s living expenses across multiple years disregarding credit, and resulted in a tax charge that was higher than the actual amount of profits earned by the business across its lifespan.  Nearly £3,500 tax was charged for 2007-08, when the business had not yet commenced trading.  The Nelsons have had to face four years of uncertainty, accusations of deliberate concealment of earnings and the threat of bankruptcy from HMRC, and they did absolutely nothing wrong in respect of the tax law.

It is clear from the details of this case that HMRC’s approach needs adjustment if taxpayers are to give the requisite level of credence to their assessments – if it remains unchanged, more and more cases will likely be brought to appeal.