The future of contracting in the UK has been cast into doubt after a shock announcement by financial services giant HSBC that it intends to stop engaging Limited Company contractors from September onwards.

The move is understood to be a direct result of the reforms to IR35 known as “Off-Payroll”, which will see medium- and large-size organisations in the private sector become responsible for assessing their contractors’ employment statuses from April 2020 – a move that represents significant additional administrative burden and risk for users of contractors and is unpopular with freelancers, recruitment agents and end-clients alike.

HSBC has informed all Limited Company contractors at key business units such as HSBC Digital that they will be given one further contract extension before having to choose between becoming employees of the bank or being dismissed.

The only exception will be a small set of highly-valued contractors who are said to be on a “keep-list” at the bank, and who will be allowed to stay working on a freelance basis, provided their Limited Company’s contract is held with a third-party outsourcing firm, and not directly with the bank.

Whilst expelling all contractors from the firm will conclusively relieve the bank of any risk or obligations under Off-Payroll, critics argue that this strategy means denying the company access to one of the most highly-skilled talent pools in the country, and the bank may suffer commercially as a result.

A source inside HSBC suggested to ContractorUK.com that a contractor exodus is already looming, implying that experienced contractors will not want to go permanent or be engaged by a third-party.

“Come September”, he said, “a load of key people with excellent knowledge of how to get technical stuff done at HSBC will go, putting the bank’s programmes and projects at risk.

“Then, if another bank applies the IR35 reforms correctly– rather than HSBC’s throw-out-the-baby-with-the-bathwater approach, they will be able to hire the cream of available talent.”

Whether the bank goes ahead with its September ultimatum is indeed still questionable, according to specialist IR35 consultancy, Bauer & Cottrell.  Co-founder Kate Cottrell said:

“[HSBC] could see all their talent disappear and just like what happened in the public sector [before IR35 reform was introduced there], the bank may then have to change its approach.”

Contractors will now be watching with great interest to see whether HSBC’s strategy becomes the exception or the norm in the private sector – if adopted by a substantial number of other large organisations, this could signify a large contraction in the contract marketplace and force large swathes of freelancers into permanent roles.

“Culling a flexible workforce and replacing them with employees will remove any IR35 concerns for HSBC,” commented employment status advisory and insurer Qdos Contractor.

“But it’s a worryingly short-sighted approach to dealing with IR35 reform [akin to] using a sledgehammer to crack a nut.”

Qdos’ Seb Maley then cautioned HSBC – voted ‘best client’ in a survey by ContractorUK.com in 2017:

“Moving contractors to a third-party supplier is also a risky move.

“We recently reviewed dozens of such arrangements for a large public body and a significant proportion of them were ostensibly providing labour – in the same way an agency would – but dressed up as a managed or outsourced service.  This provides a false sense of security as, legally, the original client – HSBC if this goes ahead – must still make the determinations.”

IR35 was introduced in April 2000 to combat perceived tax avoidance by employees using limited companies to escape the PAYE obligations of their employer, but critics have consistently argued that the legislation put undue and excessive responsibilities on the genuinely self-employed.

The issue with IR35 is that the criteria that determine IR35 status are so complicated that it is near-impossible for the layperson to make an accurate IR35 assessment, and the only way for a taxpayer to be certain of their IR35 status is to have it assessed in court.

As such, many taxpayers ignore their IR35 obligations, taking a calculated risk and drawing dividends regardless.  Due to the complexity and cost of IR35 investigations to HMRC, many people have successfully ignored IR35 for years without attracting HMRC’s attention.  HMRC’s own record in litigating IR35 cases has been erratic, with a string of several losses suggesting that even the Revenue’s understanding of the complex rules is far from perfect.

Off-Payroll attempts to address these issues by moving responsibility for the complicated assessments from the contractor to the end-client engaging them.  The rationale is that large companies are better resourced to make accurate assessments, and a requirement upon them to make multiple assessments on an ongoing basis should hone their understanding of the rules over time.  However, businesses are likely to resist the additional cost and risk that Off-Payroll assessments represent, and contractors argue that there is little incentive for end-clients to make the riskier “self-employed” determinations.

Some companies have been investigating taking a “blanket” approach that would see all contractors engaged on the same terms and conditions receive the same status determination, regardless of any unique factors that may have a bearing on that status.  The Government have indicated that they would not object to this approach.

One HSBC contractor yesterday suggested that he’ll now be actively searching for a new contract, even though, compared to some of his colleagues, he’s a newcomer.

At the other end of the experience gamut is a veteran IT contractor whose former co-workers are at HSBC and thus affected by the bank’s September ultimatum.

“Good to know – isn’t it, that our big financial companies property understand risk,” scoffed the contractor.

“Basically, [with its ultimatum] HSBC are [in effect saying they are] happy to pay extra for permanent staff – given the overheads they incur – or pay extra to third parties, rather than incur no additional costs at all and use contractors properly, outside IR35 parameters.”

Apart from what it says about the bank, the insider at HSBC fears that the implications for what the ultimatum will mean for the future of contracting as a whole could be of grave concern.

“How companies decide to approach this [off-payroll working rules from April 2020] in the long term will decide if limited company freelancing remains a viable option”, he warned.

“If some smart companies do their due diligence and get contracts and working conditions IR35-compliant, then freelance contracting may survive.  But I’m not holding my breath.”

Colin Morley, director of recruitment solutions at Harvey Nash, told ContractorUK.com that he suspects HSBC’s ultimatum may be part of a larger “play”:

“I’d be interested to know who advised HSBC to take such an approach.  Are they being drastically conservative or is there a bigger play whereby they’re getting a lot of contractors to leave in September, before reengaging with them after April 2020?” he asked.

Either way, Morley is “surprised” at HSBC’s announcement, in part because the amount of planning required – given HSBC is a massive user of contractors – will be “eye-watering.”

“With projects and programmes in flight already, will they have enough time to swap the resources out and still ensure a smooth knowledge transfer?” he asked. “It is a brave call, particularly in [financial services], to be the first to do this.  Sometimes though, history favours the brave.”

Treasury Expected To Confirm Go-ahead Of IR35 Review This Week 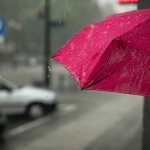