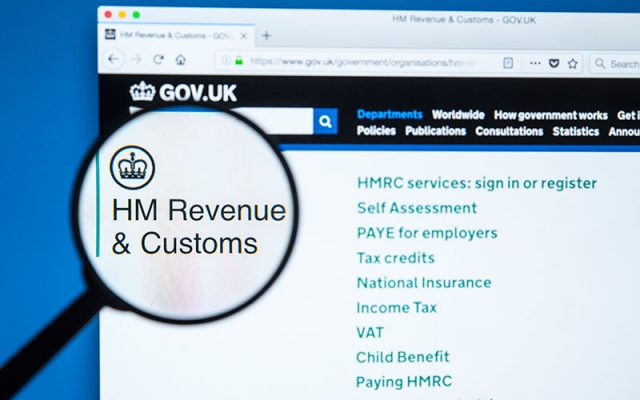 HM Revenue & Customs’ online IR35 status checker, CEST, has been revealed to have given an “unable to determine” result in 19 per cent of nearly a million requests over the course of a year, according to official figures.

The embattled tool, which was updated last November following criticism from taxation experts including the Chartered Institute of Taxation (CIOT), was used 975,416 times in the period November  25, 2019 to November 24 of this year.

52 per cent of those requests returned an “outside IR35” result, whilst only 29 per cent returned an “inside IR35” determination, news that will be welcomed by many contractors and campaigners who have long considered that the government’s stance that disguised remuneration is rife throughout the sector has been unfair.

The remaining 19 per cent of results were undetermined, which HMRC claim is to be expected in borderline cases, when users of the tool should then refer to more detailed guidance and take professional advice.

“The tool will only arrive at a determination when it is certain based upon facts,” says the official website.  “To reach a view in all cases we would need to add in more complex questions which would increase burden on the majority of users.  In the minority of more finely balanced cases, CEST is expected to produce an undetermined outcome and the detailed guidance and dedicated support, including CEST specific guidance at ESM11000 and guidance to aide status decision making at ESM0500 should help people form a judgement.”

However, critics of the tool believe that the high occurrence of ambiguous results is down to remaining flaws in the design of the tool, rather than the data itself.

“These figures are damning,” said Seb Maley of IR35 consultancy Qdos Contractor.  “It’s worrying enough that CEST has been used nearly one million times in the past year, but that it hasn’t been able to make up its mind a staggering 188,000 times is frightening.

“To make matters worse, people are then expected to work it out themselves by checking the complex employment status manual or get in touch with HMRC, whose own tool couldn’t help them in the first place.

“It’s staggering that CEST allows so many contractors and businesses to be left in limbo.  These are decisions that carry with them tens, sometimes even hundreds of thousands of pounds in tax liability.

“This data is gathered from the latest version of CEST, which as we approach IR35 reform clearly isn’t up to scratch.  Aside from being indecisive, the tool isn’t aligned with IR35 case law and has even been dismissed in court.  Fortunately, CEST isn’t mandatory, which is why I urge businesses to consider alternative ways to assess status that will provide a well-informed answer 100 per cent of the time.”

Last year in the case of RALC Consulting Ltd v HMRC, the contractor, Richard Alcock, used an “outside IR35” result produced by CEST in his defence.  Instead of standing by the result, HMRC called it “irrelevant” and attempted to have the evidence omitted from consideration by the tribunal.

“Is there any chance of [the Revenue enhancing CEST] before IR35 reform on 6th April 2021? Not in my opinion,” said Qdos’ operations director Nicole Slowey.  “From its one-size-fits-all logic, to the fact that it isn’t aligned with IR35 case law, CEST is fundamentally flawed…[so it] doesn’t need enhancing, it needs an overhaul.”

Employment status is by its nature almost impossible to determine, except in very clear-cut cases.  The criteria used to determine whether a contractor is employed or self-employed for tax purposes, and therefore caught by IR35 or not, have never been defined by Parliament.  They are instead derived from historical tax tribunal decisions which over decades have refined the tests.

The inherent ambiguity works in favour of the exchequer, as people will tend to pay the higher employed tax rates if there is even a chance that they may be employed for tax purposes.  Any statutory test is also discouraged as it would just form a basis for people to work around the rules and structure their engagement in a self-employed manner.

The courts themselves do not use a “checklist” approach, instead “painting a picture” of the assignment from the facts of the case and then deciding whether it qualifies as a self-employed arrangemnent.

In the key employment status case of Hall v Lorimer from 1994, the judge, Lord Nolan, ruled that:

“The object of the exercise is to paint a picture from the accumulation of detail.  The overall effect can only be appreciated by standing back from the detailed picture which has been painted, by viewing it from a distance and by making an informed, considered, qualitative appreciation of the whole.  It is a matter of the evaluation of the overall effect of the detail, which is not necessarily the same as a sum total of the individual details.  Not all details are equal weight or important in any given situation.  The details may also vary in importance from one situation to another.”

By design, this makes designing an online status checker almost impossible, although efforts are underway in the private sector to incorporate artificial intelligence rather than an algorithmic approach.  Regardless, any online status checker’s result can only ever be a guide.

The Off-Payroll IR35 reforms will likely mean an uptick in the amount of contractors and end-clients using CEST, however many clients are expected to force their contractors to use a PAYE payroll solution such as an umbrella company regardless of their employment status.

What is a Scrum Master?

UK inflation falls to 0.5% during lockdown

Treasury Confirms IR35 Reforms Will Be Reviewed But Not Delayed