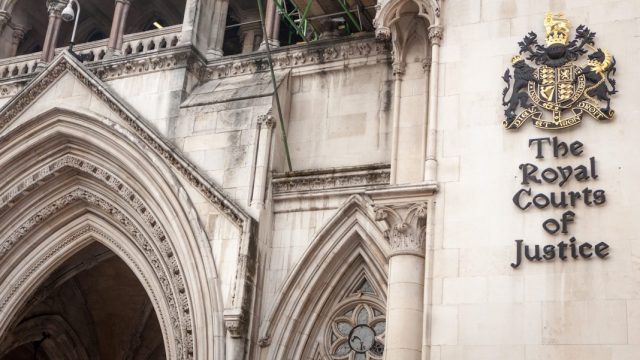 An effort to repeal the controversial 2019 Loan Charge via judicial review is seeking donations as it passed eighty-five per cent of its funding target.

European Union law contains overarching principles known as the four freedoms, one of which is the freedom of movement of capital. The campaign seeks to make the argument that the Loan Charge legislation breaches this freedom and is therefore invalid.

England and Wales is a separate legal jurisdiction from Scotland and the campaign believes that European Union law is “looked upon more favourably” in Scotland, hence the second challenge. It is also cheaper to launch an application for judicial review in Scotland.

The Loan Charge, which took effect in April 2019, is an anti-avoidance measure designed to counter “disguised remuneration” schemes which paid taxpayers via loans to avoid income tax and National Insurance. A significant proportion of the users of such schemes were contractors. Controversially, the Loan Charge can levy income tax on loan balances relating to payments made before it became law, giving it a quasi-retrospective scope.

The judicial review process is usually used in English law to challenge the lawfullness of a government decision, rather than legislation, but the process can be used to “disapply” legislation that is incompatible with EU law.

The LCJR EU campaign has raised eighty-five per cent of its £180,000 funding target in just ten days and is now asking affected taxpayers who have not yet donated to contribute, in “one big final push”. The campaign has instructed a legal team which includes Richard Clayton QC and Andrew Thornhill QC and has received a joint opinion from Mr Clayton and his junior that challenging the Loan Charge on the grounds that it is incompatible with EU law has a “better than fifty per cent chance of success”.

“This is the only Judicial Review that if it succeeds, would stop enforcement of the Loan Charge. Other JRs can only challenge certain decisions made relating to it, but would leave the Loan Charge in place.”

The campaign’s website states: “As a direct result of the challenge being launched qualified counsel will provide a short opinion, this opinion will allow you to go to your accountant and or tax advisor and if he agrees with the opinion and takes into account the planning which you have used you will be able to legitimately not enter the details of loans on your SATR [tax return]. This should remove the risk of penalties but not interest should the challenge fail. This step does not have to be taken before 30 September.”

“I support the essential purpose of the Loan Charge,” said Sir Amyas in his eighty-three page report, before going on to call the design of the charge “highly unusual”.

“The effect of this was that many settlements had to be rewritten at short notice – and are still being amended. An additional complication was that contractors…who had settled based on the forthcoming loan charge may not have settled had the revised rules been in place.”

“So HMRC are therefore contacting those who are affected and have undertaken to make the appropriate adjustments and make repayments where appropriate.

“For any further amendments to be made would mean extensive rewriting of settlements and frankly, I cannot see that HMRC would be willingly do this.”

Now a consultant at advisory firm Integrated Dispute Resolution, Coleman believes the Revenue’s wide adoption of Morse’s recommendations would likely be grounds for it to “vigorously oppose any suggestion of further amendments”.

Demand for staff falls for first time in over a decade