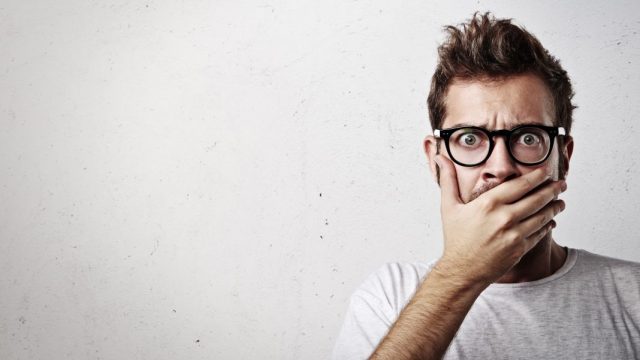 A leading IR35 advisory firm has reported that nearly 1,500 contractors who have worked for pharmaceutical giant GlaxoSmithKline (GSK) have been sent letters by HM Revenue & Customs challenging their employment status for the fiscal year 2018-19.

In an apparent departure from HMRC’s usual IR35 enforcement strategy, the letters take the form of a demand for employment taxes and National Insurance, due on September 19th unless contractors can otherwise demonstrate their self-employed status. Such as contract of service or contractor working rules to distinguish themselves as a permanent employee.

The campaign also seems to indicate that HMRC are using a “blanket approach” to IR35 enforcement at GSK. An approach that HMRC have previously told their IR35 forum should not be used in the application of the new Off-Payroll IR35 tax rules by private sector clients post-April 2020.

The letters are identical but claim that HMRC, without having undertaken a formal investigation of the workers or employee in question, is aware that the recipients have been working “inside” IR35. The letter includes the statement “It is our view that the contract between your PSC and GlaxoSmithKline (GSK) comes under the off-payroll working rules ‘IR35’.”

Any contractor unable to successfully show that they have been working under self-employed terms & conditions will be liable to make a “deemed payment” for the additional tax due on Thursday, September 19th, or face the prospect of additional financial penalties and interest levied on the income tax amount due. The September 19th date is also a deadline for PAYE salary deductions to be paid to HMRC by employers and for CIS300 monthly tax returns and submissions.

Seb Maley of Qdos Contractor says HMRC’s approach is akin to treating the contractors as “guilty until proven innocent”: “This is yet another example of the taxman’s aggressive and unfair treatment of independent workers.”, he said. “At this stage, none of these contractors’ actual working practices have been reviewed. Without doing so, it’s impossible for HMRC to say with confidence that contractors are in the wrong.

“We urge contractors who have been contacted by HMRC to seek expert advice. The same goes for independent workers who are unsure of their IR35 compliance in general.

“As we approach IR35 reform, private sector firms must take note of HMRC’s behaviour and ensure they can confidently set IR35 status correctly when the rules change in April next year.”

IR35 tax investigation specialists Bauer & Cottrell have since revealed that HMRC employed a similar tactic earlier in the year to a batch of limited company contractors working at another client. But in the case of the GSK contractors, the key difference with the tax authority’s strategy is that they have made “doing nothing” not an option: a contractor must prove their “outside IR35” status or will be charged employment taxes, regardless of their true IR35 status.

“[HMRC] will be checking to see what you did and if you have not done as asked, they will carry out an IR35 compliance check and may also charge you penalties,” warns the advisory’s Kate Cottrell. “[So] you must act now – there is little time left especially if you — like many other contractors — have taken a holiday.”

HMRC are being accused of cynicism by sending out the letters during August, when many workers, including contractors, go away on holiday. Most of the letters containing the September 19th deadline were received last Thursday and Friday, giving income tax payers less than thirty days to formulate a response and a huge financial risk.

“Who do they think they are?” asked one contractor online in relation to the very narrow time window to respond. “The personnel affected need to seriously get legal advice or representation.”

“[They effectively say] a review isn’t imminent but if the recipient doesn’t spring into action, the penalties for getting [employment status] wrong … are much greater.”

“And action means either gathering evidence to counter HMRC’s opinion — which is all it is. Or if the CEST tool does give an ‘Intermediaries legislation applies’ result, then the normal action would be to start operating IR35, and that would require the additional tax and NI to be reported at the next pay/due date. So, it’s not as shocking as HMRC makes it sound.”

CEST has, however, been criticised for inaccuracies and an apparent bias in returning “inside IR35” results. Walsh also advises affected individuals to seek professional advice regarding things like employment rights, contract of service, and in general an income tax paying worker: “It’s well worth the money spent, given you may have to argue your status with a client or clients next year from April,” she told contractors in a statement, adding:

“Anyone thinking they are caught but are fearful of declaring themselves inside IR35 at this point, can mitigate risk by increasing salary and reducing dividends this year while putting things in place to change direction, i.e. evidencing the factors that take their contracts completely outside IR35.”

What Are The Main Concerns With The IR35 Off-Payroll Rules?