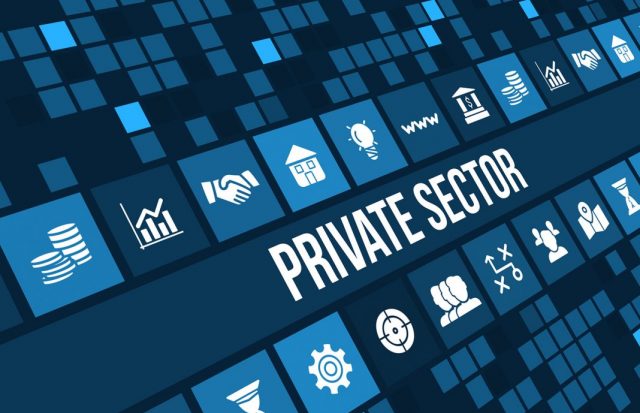 The House of Commons voted in favour of an amendment to the Finance Bill on Thursday that makes it all but certain that the controversial IR35 reforms known as the Off-Payroll rules will be extended to the private sector as of April 2021.

The reforms, rolled-out to the public sector in 2017, were due to be applied to the private sector from April this year, but their extension was delayed for twelve months by HM Treasury in March as it became clear that the Covid-19 crisis represented a serious threat to the economy.

Announced by chief secretary to the Treasury Stephen Barclay, the government made clear that the delay was a “deferral, not a cancellation”; however, since then, the House of Lords’ economic affairs committee has urged the government to rethink the roll-out of Off-Payroll to the private sector, in a damning sixty-five page report entitled Off-Payroll working: treating people fairly, and in a strongly worded letter to the Treasury.

Yesterday’s vote to include the private sector extension of the IR35 reforms in the Finance Bill now makes any further delay or repeal of the measures unlikely.

The Off-Payroll rules alter the way IR35 is applied by making the engagers of contractors responsible for assessing their tax status and paying them accordingly: freelancers deemed to be working under employed terms and conditions must have PAYE income tax and National Insurance deducted from their payments at source by the “fee-payer” (usually a recruitment agency).

Critics of the reforms argue that they will make hiring contractors prohibitively burdensome.  Given the complexities and uncertainty surrounding the application of the “employment status criteria” used in assessing IR35 status, firms may either stop using contractors, or tax them as employees regardless of their working conditions.  HM Revenue & Customs has said it is non-compliant to make such “blanket” status assessments, but it remains unclear whether companies will be penalised for doing so.  The dispute process, led by the client that made the original decision, has widely been panned for creating a conflict of interest.

The reforms also create an undesirable position for contractors deemed caught by IR35 by their engagers: they are employed for tax purposes, but are not automatically eligible for employment rights.  The Lord’s economic affairs committee referred to this situation as being a “zero-rights employee”.

Existing concerns have now been compounded by the Covid-19 pandemic, which is looking highly likely to trigger a lasting economic downturn.  Flexible, highly-skilled labour is widely perceived as being a major benefit to the UK economy; any decimation of the freelance sector whilst the economy struggles to get back on its feet could make an abysmal situation even worse.

Tania Bowers, legal counsel for the Association of Professional Staffing Companies (APSCo), a recruitment trade body, said it was “remarkable” that IR35 reforms have not been given a rethink:

“Our position has always been clear,” she said.  “We know that access to skilled, flexible contractors has long been a strong contributor to the UK economy.  They are highly skilled and utilise their expertise to carry out a specific assignment, helping firms to adapt, evolve and achieve success and these contactors will be especially important throughout the post-coronavirus economic recovery.

“While the government has delayed the rollout until next year to avoid economic disruption during the Covid-19 crisis, we believe that this is simply delaying severe disruption to the self-employed workforce and is likely to further damage an already fragile economy.

“The House of Lords seem to agree, having published a damning report on the legislation and warning that IR35 is fundamentally flawed.  The inquiry by peers found that the taxation of labour should be made more consistent across different forms of employment, in line with the recommendations of the Taylor Review – a move which would align tax and work status and provide a long-term solution to IR35.

“We will continue to lobby against these ill-conceived IR35 changes, and for an overall review of how independent contractors are taxed, even though MPs have now waved the changes through (to the Finance Bill’s critical ‘Report Stage’), with a view to them taking effect from April 2021.”

During the debate that preceded yesterday’s vote, shadow exchequer secretary to the Treasury Wes Streeting also called for the government to take a more holistic view of tax and employment status: “We would impress upon the government that they use this additional time to provide an additional review and learn from the mistakes of the public sector rollout, and of the anxieties that exist about the private sector rollout.

“We would urge the Government to use this time wisely.  We believe it is necessary for Government to take a broader approach to modernise the law around employment status and look at how it relates with tax status.”

Whilst the Off-Payroll amendment has passed the committee stage, there is still the possibility that further amendments may be made to the Finance Bill at the report stage, where the bill is debated on the floor of the House of Commons.

“It’s all to play for in the report stage, which represents the last chance saloon for MPs to prevent the rollout of legislation that threatens the future of flexible working in the UK,” said Dave Chaplin, director of the Stop The Off-Payroll Tax campaign group.