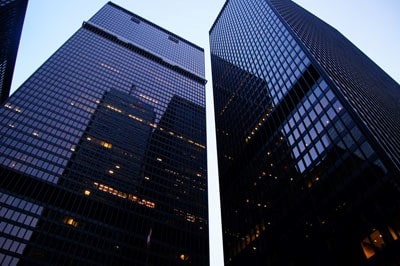 Following his recent promotion to Leader of the House of Commons, ex-HMRC Minister Mel Stride may now be attending Cabinet meetings, but the legacy of being the Minister who presided over the implementation of the controversial 2019 Loan Charge tax at Her Majesty’s Revenue and Customs could still prove difficult to shake off.

This was highlighted last Friday in an open letter to MPs from the Loan Charge Action Group (LCAG), who accused the outgoing Financial Secretary to the Secretary of misleading the House of Commons and giving MPs answers at Treasury Questions that were “not true”.

One of Stride’s last parliamentary acts in his previous post was to field Treasury Questions, a regular opportunity for MPs to quiz Ministers from HM Treasury on policy, on Tuesday, 21st May. He faced an unprecedented thirteen questions from ten MPs about the Loan Charge, his answers to which are the focus of LCAG’s open letter – the letter systematically addresses each response the Minister gave to the House of Commons and rejects them, essentially accusing the Minister of misleading the House of Commons, a misdemeanour that would constitute a breach of the Ministerial Code.

It’s not the first time Mr Stride has been accused of misleading Parliament, either – a recent inquiry into the Loan Charge by a cross-party parliamentary committee made similar claims, although Ross Thomson MP, who was the only Tory on the committee’s chair, has since distanced himself from the comments made about Stride in the inquiry’s findings.

Thomson continues to oppose the Loan Charge however, and was one of the MPs that grilled Stride on the contractor tax Loan Charge last week at Treasury Questions, along with other critics of the policy such as Lib Dem MP Christine Jardine and Boris Johnson’s brother, Jo Johnson, both of whom are members of the Loan Charge All-Party Parliamentary Group (APPG) and are signatories of a parliamentary Early Day Motion opposing the tax rules.

Last week Stride continued his strategy of justifying the severe Loan Charge tax rules by demonising users and promoters of the Disguised Remuneration schemes that the Loan Charge is targeting.  Critics, including the Loan Charge APPG, LCAG and leading tax barristers, argue that there is no excuse for denying taxpayers statutory protections, no matter how “egregious” or “contrived” the arrangements were.

Mr Stride refuted evidence submitted to the Loan Charge APPG that certain individuals were essentially forced into loan payments as a condition of accepting their contract.

Whilst in principle it does seem outlandish to make claims to HMRC of being forced into adopting a tax avoidance scheme, recruitment agents were apparently provided with generous financial incentives for introducing self-employed people into loan schemes by the scheme promoters, which may have led to cases where contract workers were hoodwinked into signing up for them by unscrupulous recruitment agents, under the impression that being payrolled through the loan scheme was a condition of the job offer.

Opponents of the Loan Charge want such claims to be investigated, but Stride’s answer inferred that they are not even considered credible. LCAG said “Mel Stride has effectively accused this MP [Paul Williams] and his constituent of lying. The Loan Charge APPG report also includes numerous testimonies where people state they were given no other choice than to work in this manner. Mr Stride is rolling out one of his usual soundbites that is unrelated to the MP’s question.”

Critics of the Government’s handling of the Loan Charge also question whether the scheme promoters themselves are being pursued for unpaid tax and National Insurance: under many loan schemes the contractor was an employee of a company owned by the scheme promoter, and any unpaid PAYE tax should in the first instance be chargeable to the employer, who is responsible for deducting the correct amount of tax return at source. Notwithstanding the new Loan Charge legislation, of course.

Last year, the House of Lords Economic Affairs Committee wanted to ask Mel Stride about what is being done to pursue scheme promoters, amongst other things, and invited him to attend their hearings on four separate occasions – but he declined each time. He also failed to attend the Loan Charge APPG’s recent inquiry hearing. Given that the Treasury has not been entirely forthcoming in its defence the contractor tax policy, Treasury Questions is one of the few occasions MPs have to ask Ministers direct, on-the-record questions about it.

And previously in the Commons, Mr Stride has sought to deliberately conflate unrelated tax fraud convictions with loan scheme promoter enforcement activity. Last week saw a new play of Parliamentary sleight-of-hand, with Stride telling Peter Dowd: “We are actively pursuing 100 promoters of tax avoidance schemes, including those relating to the loan charge, and have brought in up to £1 million fines for promoters engaged in this activity.”

LCAG responded: ”So far HMRC have refused to give any evidence of this … The remainder of Mr Stride’s response is disingenuous. No promoters of loan arrangements are known to be under investigation and £1 million fines relate to DOTAS disclosure only rather than the specific operation of such arrangements.”

Other objections raised in the letter are the Financial Secretary to the Treasury’s insistence that the Loan Charge – which can tax historical pay transactions going back up to twenty years – is not retrospective in its scope, and the Minister’s refusal on yet another occasion even to acknowledge suicides by taxpayers facing the Loan Charge when asked about them.

Of course, having just left the Treasury, Melvyn Stride can take comfort in the fact that he no longer will have the obligations to fudge answers to difficult questions about the Loan Charge. Having presided over the Loan Charge’s controversial implementation, he can neatly leave the fallout to his successor, Jesse Norman, who has already been flooded with requests to delay or repeal the unpopular contractor tax.

The Loan Charge Action Group’s open letter to MPs can be found here.