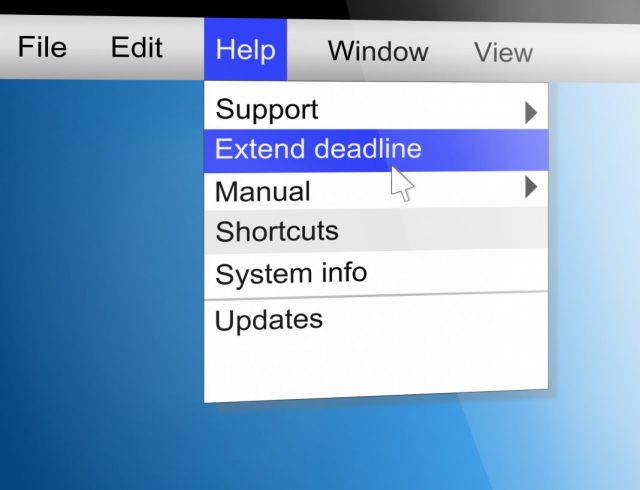 Members of the public who wish to submit evidence to the recently launched Loan Charge Review, led by Sir Amyas Morse, will have an additional two weeks to provide their material to the review’s secretariat, it was revealed this week.

The contractor tax review was commissioned by the prime minister in response to intense lobbying by Parliamentarians, legal and tax experts and many of the thousands of taxpayers who are affected by the Loan Charge, which disproportionately affects independent contractor who used umbrella company loans/ EBT schemes and has left many within its scope owing tens of thousands of pounds in the current tax year payments.

On September 17 the review announced via its website that it would be accepting submissions from the public via email but due to the tight timescale it has been given to complete its work, a deadline of September 30 was published for evidence submissions, resulting in a window of just thirteen days to provide information.

That deadline has now been extended to October 14, reportedly due to the large volume of submissions already received by the review. The extension was announced by the Loan Charge Action Group (LCAG) via a statement published on contractor website ContractorUK.com.

“We welcome the fact that he has asked for evidence, including from people facing the Loan Charge,” the LCAG said in a statement. “We urge all those who are or who have faced the Loan Charge to send in your submissions, to ensure that the voices of those affected are heard, as Sir Amyas made clear he wants them to be.

“Sir Amyas has extended the deadline for meetings to 14/10, which again is positive.”

The news comes as Sir Amyas Morse’s independence as head of the review comes under fresh scrutiny, following revelations in The Guardian six years ago that he had appeared to undermine a judge-led enquiry into corporate tax avoidance by colluding with HM Revenue & Customs’ then permanent secretary Dave Harnett, allegedly assuring him that the enquiry would find “nothing of substance”.

The Loan Charge All-Party Parliamentary Group (APPG) have repeatedly called for any enquiry into the Loan Charge to be led by an experienced tax judge, but, upon agreeing to a review, the government appointed Sir Amyas, who was previously comptroller and auditor general at the National Audit Office (NAO).

Concerns about his appointment have since been raised, and were formalised last week in a letter Liberal Democrat MP Stephen Lloyd to chancellor of the exchequer Sajid Javid, who cites an oral statement by Sir Amyas in 2012 to the Commons’ Public Accounts Committee in which he appeared to admit that he did not have the expertise to comment on tax or national insurance avoidance measures being proposed at the time.

“I am sure you’ll be aware the way some perceive that the Treasury and HMRC have behaved over the loan charge, it is inevitable there is a lot of distrust. And concerns remain that the Treasury and HMRC are trying to control and direct the review. This distrust has been heightened by the questionable introductory narrative in the terms of reference of the review,” Mr Lloyd writes in the letter.

The letter also suggests that Sir Amyas’ stewardship of a 2012 NAO report entitled “Tax Avoidance; tackling marketed avoidance schemes”, may indicate that he has a “predetermined view” of national insurance and tax avoidance arrangements, particularly given his comments on that report in the Daily Mail, where, when discussing the Disclosure of Tax Avoidance Schemes (DOTAS) regime, he called tax loopholes:

“highly contrived schemes which deprive the public purse of billions of pounds”.

Additionally, Lloyd highlights another oral session of the Public Accounts Committee in which Sir Amyas made comments that could be construed as being in support of retrospective action by HMRC: “I was only thinking of something more modest, which is what I will call retrospective announcement – in other words, that if you were going to announce an intent, you cannot announce the intent until after you have been notified of the scheme”.

The letter lists further examples which, Mr Lloyd claims, cast doubt on Sir Amyas’ arms-length relationship with HMRC, inferring that he appears to be “on HMRC’s side”.

The Guardian article was driven by a leaked email sent by Harnett, who was under scrutiny at the time for arranging “sweetheart” tax deals with multinational corporations such as Goldman Sachs and Vodafone.  Sir Amyas declined to comment on the matter to the newspaper at the time.

Lloyd says in his letter to the chancellor that Sir Amyas should now:

“reassure people that he can and will conduct a truly independent review”.

Concerns have also been raised by campaigners, including the cross-party group of MPs set up to query the policy, that the Loan Charge Review secretariat is to be staffed by officers from HM Treasury and HMRC, claiming that this represents a conflict of interest.

Anyone wishing to make an evidence submission to the Loan Charge Review may wish to review this useful guide on “how to have your say”, by the Chartered Institute of Taxation’s low incomes tax reform group.

The official website for the Loan Charge Review can be found here.

Notwithstanding the review, the September 30 deadline for taxpayers who did not take up HMRC’s payments settlement opportunity to submit information about their loans to the tax authority remains in place.