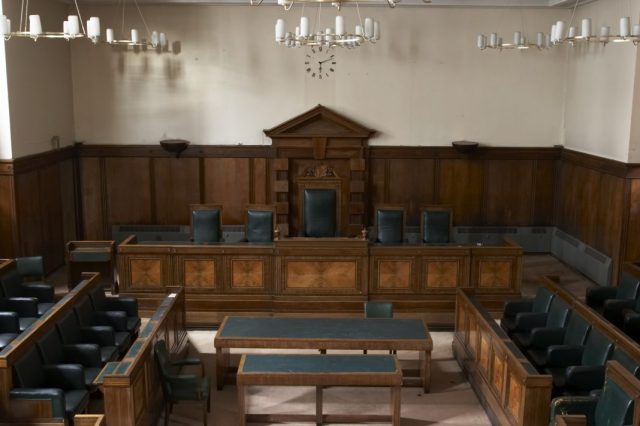 March was a bumper month for contractor-related decisions in the courts, with the publication of three important decisions and the Revenue denied a hat-trick by none other than TV’s Lorraine Kelly.

On the 5th, the First-Tier Tribunal decision in HMRC v Hyrax Resourcing and others gave interesting insights into how a Scottish umbrella company ran multiple contractor schemes for at least a decade from 2004 onwards, employing a business model that attempted to always stay one step ahead of the Revenue, but was eventually tripped up by the GAAR.

Then on the 19th, the Court of Appeal made a key ruling in the first major case involving contractors & the Managed Service Company (MSC) legislation of 2007, Christianuyi and others v HMRC.  The MSC legislation was instrumental in eliminating the composite company schemes that flourished after IR35, but can still be applied to umbrella companies or accountants that get too “involved” in their clients’ limited companies.  The application of MSC is much more straightforward than IR35, and the landmark win for HMRC may well encourage the Revenue to focus on more MSC cases in the future.

Then there was Lorraine Kelly, who made headlines after she “won” £1.2 million of her own money after beating HMRC in arguably the most high-profile IR35 case ever, Albatel Limited v HMRC.  The media attention is unfortunate for HMRC, as their misjudged and ill-conceived case, easily dismissed by Judge Dean, exposed some major flaws in their own understanding of IR35.

Peak Performance were a firm of accountants based in Kirkcaldy, Fife who ran contractor IR35 schemes from 2004 until a few years ago.  The apparent success of their schemes following several years without HMRC challenge lent their products further credibility, and they were able to attract a number of high-profile clients, including comedian Jimmy Carr, who was famously revealed to be a participant in their K2 loan scheme by The Times in 2012 after the newspaper mystery shopped them and was told by a bragging salesman that a famous comedian was putting £3.3 million annually through the scheme.

Comics aside, the case gave a fascinating insight into Peak Performance’s business model: they would devise an avoidance scheme and facilitate it through a sub-brand for a limited time period (apparently never more than three years).  When the product had run its course, they would wind-up the involved companies and migrate their client base into a new sub-brand that offered a different product with comparable benefits, in a process known as “phoenixing”.  Between 2004 and 2014, they had offered avoidance schemes through at least seven different (purportedly arms-length) brands.

Exactly why they did this is unclear, but many of the “phoenixing” dates coincide with key pieces of avoidance legislation.  It’s unlikely that they were trying to disappear in order to avoid HMRC scrutiny, because every scheme they offered (except the final Hyrax scheme) was disclosed to HMRC through the Disclosure of Tax Avoidance Schemes (DOTAS) regime.

What is staggering is that HMRC failed to act on this information.  Throughout recent debate on the 2019 Loan Charge – which will apply to many Peak Performance clients – HMRC and government have repeatedly told us “loan schemes have never worked”; and yet throughout the noughties they were receiving tax returns from individuals every year that clearly disclosed loan scheme use – from the horse’s mouth.  They could not have hoped to have had better data.  Failure to act on this information suggests, at best, that they weren’t quite as confident in challenging loan schemes as is now being made out (see HMRC losses in both the Dextra Accessories and Sempra Metals EBT cases).  At worst, it could just be sheer negligence – either way, to sit on their hands for more than a decade before drafting a catch-all tax that can be applied to loans made over a twenty-year period suggests a degree of cynicism that one usually wouldn’t associate with a government agency.

And this ties back into the case, because by successfully arguing that DOTAS should have applied to the Hyrax scheme, not only will HMRC be able to levy a huge fine on Hyrax for the non-compliance with DOTAS, they will also be expecting a list of Hyrax clients to emerge that can then be used to target the Loan Charge at individuals that were otherwise “off the radar”.  Those Hyrax clients that didn’t disclose the Hyrax scheme on their tax returns may also be liable for penalties of up to £5,000 each, even if Hyrax had specifically told them that they didn’t need to disclose.

Read our in-depth analysis on the Hyrax case to find out more.

Christianuyi and others v HMRC

What’s most surprising about the seminal Managed Service Company (MSC) case, Christianuyi, is that it comes twelve years after the MSC legislation first came in at Finance Act 2007.  If HMRC were slow to act on loan schemes, they don’t seem to have been racing to challenge MSCs either – although we don’t know how many prior cases have been settled, thus avoiding litigation.

What’s most interesting about the case is that we have seen the first example of the application of the controversial MSC “transfer of debt” provisions, which allow HMRC to charge the uncollectable tax debts of MSCs to associated third-parties, including the contractor, scheme promoter, and even the agency and/or end-client.

The case involves a number of contractors who were migrated out of a composite scheme when the MSC legislation forced the closure of those schemes in 2007, and into their own separate limited companies (PSCs).

The migration was handled badly, however.  MSC didn’t only attack composites: it also laid out clear rules about the level of control that accountants and umbrellas could have over contractors’ limited companies.  This represented an unavoidable increase in administrative tasks for contractors moving from composite schemes to PSCs post-MSC.

The scheme provider, Costelloe, seemed more concerned about haemorrhaging clients in 2007 than full MSC compliance, however, as they offered a suspiciously high level of administrative support to their limited company contractors that had been moved out of their composite scheme, including deduction of taxes at source into a retention account.  One can see why they would want to maintain the same benefits as the composite product had had, but, had they reviewed the post-MSC marketplace in 2007, they would have seen that very few of their competitors would have been able to match this level of service, for fear of falling foul of MSC.

The problem is that MSC is very easy to prove: the requisite level of control that would trigger MSC is clearly laid out in the statute.  Once an accountant or umbrella company starts controlling a PSC too much, MSC kicks in and all company revenue must be paid out as PAYE, regardless of IR35 status and without the 5% deemed payment expenses allowance.  The Revenue then have the added insurance of the transfer of debt provisions that all but ensure that they will be able to collect the tax from somebody involved.

This then begs the question, if MSC is so easy to apply, why has it taken so long to enforce?  As previously mentioned, whilst this is the first MSC case that has made it to the tax tribunal, it’s probably not the first time HMRC have used MSC to charge tax – whereas this is the first time an assessment to tax under HMRC has been appealed by the taxpayer.  That it has taken twelve years for an appeal to be brought may be due to the simplicity of the application of MSC making it hard to build a case against an assessment – in other words, HMRC have been getting MSC assessments right.  It may also be due to inertia or incompetence at HMRC.  It’s hard to know.  What we do know, however, is that HMRC have won the first, landmark MSC case, which will likely become precedent and could mean that HMRC step-up their targeting of MSC cases in the near future.

MSC may seem like a distant memory, but it hasn’t gone away.

Read our analysis of Christianuyi here.

Lorraine Kelly may seem like an odd target for an IR35 investigation – and that’s because she is.  Performers, entertainers and actors almost squarely fit the definition of a self-employed individual.  Nonetheless, Ms Kelly has worked at ITV for a while and is clearly earning enough to make her a juicy target for the Revenue, so HMRC decided to try their luck and attempt to prove that she is, in fact, an employee of ITV.

The argument fell flat on its face, as one would expect.  The tribunal used the now-familiar triumvirate of personal service, control and mutuality of obligation, in addition to considering some peripheral factors, to come to the conclusion that she was not an employee of ITV – she was more like a product being leased to ITV, as the judge put it.

It’s not the first time that HMRC have lost an ill-conceived IR35 case, and questions must begin be asked about their ability to target cases effectively – an IR35 case represents a significant pain in the rear-end for the taxpayer appealing the decision, and in this case Lorraine Kelly has had her financials dragged into the public domain – specifically her remuneration, which presumably will have caused her some professional discomfort.

The case will be hugely relevant to the thousands of contractors at the BBC who have been moved onto Off-Payroll and, in many cases, have been erroneously moved onto employment taxation.

If HMRC continue to this “splatter-gun” approach to litigation, regulators may have to think about some recourse for taxpayers who get dragged through the mud only to find that they have acted entirely properly and paid the correct amount of tax.

Read our in-depth summary and analysis of the case here.

How to Contract – Getting it Right