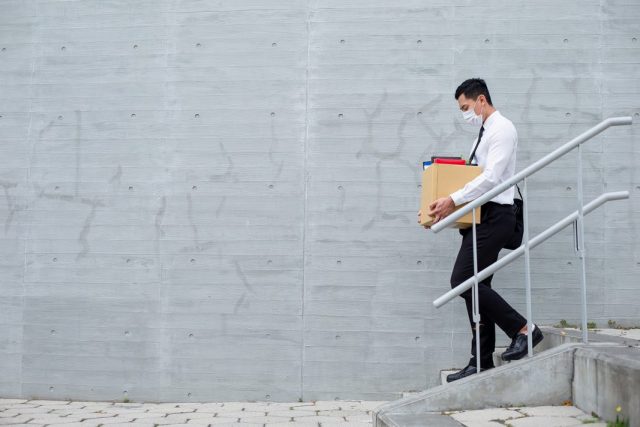 The number of workers in the UK in PAYE employment fell by nearly 650,000 in June compared to March’s level, whilst the government furlough scheme managed to keep general unemployment levels steady at 3.9 per cent in the three months to May, data published today by the Office for National (ONS) has revealed.

The news came in a week where thousands of job cuts were announced, including at John Lewis, Boots and G4S.

Officially, the UK unemployment rate was 3.9 per cent, or 1.35 million, only 0.1 percentage points higher than a year earlier, with 32.95 million people currently in work.  However, the employment figures are being buoyed by more than 11 million workers supported by government schemes.

The ONS bulletin said: “The International Labour Organization (ILO) definition of employment includes those who worked in a job for at least one hour and those temporarily absent from a job.  Workers furloughed under the Coronavirus Job Retention Scheme (CJRS), or who are self-employed but temporarily not in work, have a reasonable expectation of returning to their jobs after a temporary period of absence.  Therefore, they are classified as employed under the ILO definition.”

In sobering news for freelancers, the data also recorded a record drop in the number of self-employed people between March and May, falling 178,000 to 4.85 million, or 14.7 per cent of all people in employment.

The real impact of the lockdown was most evident in the number of hours worked, which saw a fall in the average weekly hours worked of 5.5 hours to 26.7 hours compared with last year.  The total number of hours worked fell by 175.3 million, or 16.7 per cent, to 877.1 million hours: the largest annual decrease since estimates began in 1971, with total hours dropping to their lowest level since May to July 1997.

Pay rates also suffered, with average total pay across the workforce, including bonuses, falling by 0.3 per cent from a year ago, the first decline since 2014 and the largest drop since 2009, translating to a fall of 1.3 per cent in real terms.

With 9.4 million jobs furloughed on the Coronavirus Job Retention Scheme (CJRS), projections published earlier in the week by the Office for Budget Responsibility (OBR) that between 10 and 20 per cent of those on the CJRS could lose their jobs will make Treasury policymakers nervous.  The OBR estimates that unemployment could peak at around 12 per cent, or around 4 million people, in the weeks before Christmas, which would represent the highest level of unemployment since the 1980s.

Chancellor Rishi Sunak said: “I know people are anxious about losing their jobs and incomes.  As I said last week, we will never accept unemployment as an unavoidable outcome, which is why I set out our clear plan last week to protect, support and create jobs.”

Matthew Percival, the director for people and skills at the Confederation of British Industry (CBI), said: “These figures show serious difficulties for hundreds of thousands of people, but unfortunately this is still only the beginning of the impact on the labour market. Flattening the unemployment curve will remain paramount.”