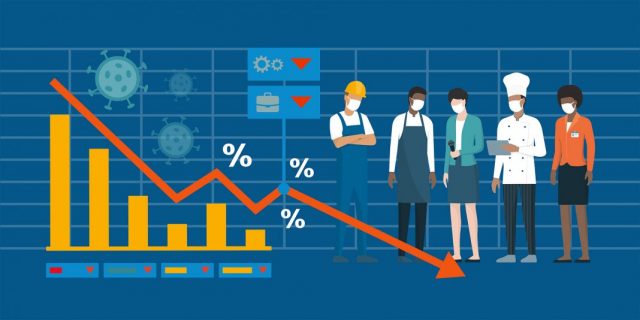 The number of self-employed individuals in the UK decreased by a record almost quarter of a million in the second quarter of 2020 as the UK shed almost three-quarters of a million jobs, according to estimates published by the Office for National Statistics (ONS) on Tuesday.

The ONS Labour Force Survey indicated that the number of self-employed workers in the UK fell from 4.998 million in the period January to March to 4.76 million during April to June, a drop of 238,000, the largest quarterly fall on record.  The worst hit sectors were construction; professional, scientific & technical and administrative & support services.  The only sectors to see growth in the numbers of self-employed individuals were real estate and human health & social work.

Based on data from HM Revenue & Customs, the number of payroll employees was approximately 730,000 lower in July than in March, with the ONS blaming the drop in PAYE employment on a lack of hiring, rather than redundancies.

The Claimant Count, an experimental metric that measures the amount of people claiming out-of-work benefits, continued to rise in July, reaching 2.7 million – more than double the pre-coronavirus level, although the ONS suggested that a proportion of the increase was attributable to enhancements to Universal Credit as part of the government’s response to the pandemic.

For May to July, there were an estimated 370,000 job vacancies in the UK, which is 10 per cent higher than the record low in April to June.  The increase was largely driven by small businesses, some of which reported taking on staff to comply with Covid-19 guidelines.

Of the 238,000 people leaving self-employment, the vast majority were men in full-time self-employment, some 163,000 – again, the highest quarterly decrease on record.  Women working part-time represented the largest decrease in permanent employees.

Britons are also earning less and working far fewer hours: average actual weekly hours worked fell by a record 5.6 hours on the quarter to a record low of 25.8 hours, with pay growth rates falling to negative 1.2 per cent, or negative 2 per cent in real terms, the lowest rate since January to March 2012.

The unemployment rate was largely unchanged, remaining at 3.9 per cent.  However, these figures do not reflect the impact on jobs from coronavirus, because an individual must have actively sought work in the past four weeks and be available to start in two weeks to count towards the unemployment figures.  As this was unrealistic during lockdown, many workers were instead classified as inactive.

On Wednesday the ONS will publish the quarterly GDP data, which are widely expected to show that the country has entered recession.