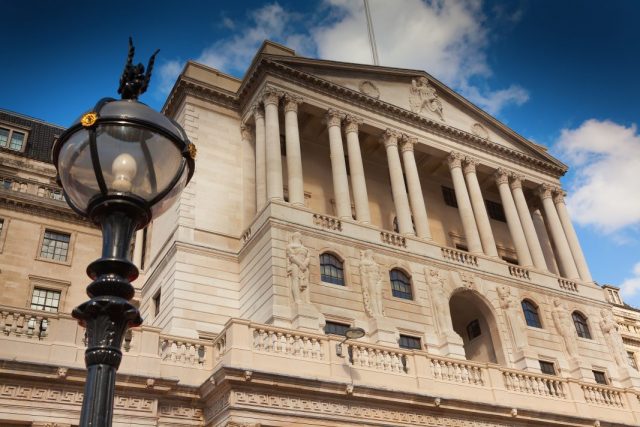 Contractors were the main focus of Treasury Questions on Tuesday 21 May, when the then Financial Secretary to the Treasury, Melvyn Stride, replaced by Jesse Norman on 23 May, gave the Commons another masterclass in audaciously bending the truth.

Mr Stride was grilled by no less than 10 MPs on the 2019 Loan Charge, with the remaining questions pertaining to the extension of the contractor tax IR35 reforms known as ‘Off-Payroll’ into the private sector in 2020.

These new tax rules for self-employed people were implemented in an attempt to make contractors pay taxes and National Insurance contributions on the money they earn through temporary employers.

However, these rules force contractors to pay taxes dating back 20 years all by the end of the tax year. This means that the total tax self-employed people have to pay in one lump sum is too much for them to afford, causing a series of suicides in some cases.

Stride is regularly allocated the unenviable task of defending the draconian Loan Charge policy, with his superiors Philip Hammond and Liz Truss wisely opting to steer well clear of the political hot potato. The Treasury Questions on 21 May were no exception, with the HMRC minister in fine dispassionate form.

The rhetorical highlight of the performance was, perhaps, Stride’s characterisation of HMRC’s approach to enforcement of the Loan Charge as “measured, proportionate and sympathetic” – a point of view that the family of the taxpayer who reportedly hanged himself as a direct result of the policy would likely disagree with, and one that is at direct odds with the findings of the recent cross-party inquiry into the controversial contractor tax.

Indeed, Stride let yet another opportunity to extend his condolences to the families of Loan Charge debtors who have taken their own lives go begging, when asked by Lib Dem MP for Edinburgh West, Christine Jardine, about three suicides which were reported to the Loan Charge All-Party Parliamentary Group (APPG). “Tin eared” Stride has repeatedly refused even to acknowledge contractor tax suicides when asked about them in the House of Commons. But he does care about illegal puppy breeding, so he must have a heart.

The APPG’s inquiry went as far as to accuse the ex-Financial Secretary to the Treasury of misleading the Commons and breaching the Ministerial Code, accusations the Conservative Party took very seriously – because they had been signed off by one of their own, Ross Thomson MP, who was vice-chair of the committee. Thomson has since distanced himself from the report’s criticisms of Stride. Mr Stride, however, was not reprimanded – at least, not publicly.

Whether this has led him to believe that he has been given carte blanche to continue fibbing to the legislature or whether he simply doesn’t understand what he is being asked is unclear – but the misinformation continued to flow uninhibited.

A consistently prickly issue for the Minister has been if HMRC are doing enough to pursue Loan Scheme promoters – the “dealers”: peddlers of illicit but irresistible wares to vulnerable constituents; the architects and pushers of fiscal deviance; the snake oil salesmen responsible for this mess. Where are the news stories of millions having their money recovered from these fraudulent shysters?

The answer is an unpalatable one for Stride – HMRC know it is easier to get their money from registered UK taxpayers in (relatively) small amounts than it is to pursue promoters, many of whom are based offshore and many of whom have disappeared into thin air since the crosshairs got uncomfortably close. But he doesn’t want to admit that – until now he could only feebly point to a series of arrests made by HMRC in connection to completely unconnected tax fraud as evidence that HMRC were pursuing at least somebody other than loan scheme users. He never explicitly said the series of arrests included loan scheme promoters, but it was heavily implied from the context. The arrests were later found to have nothing to do with the Loan Charge.

But now, in the last few weeks, HMRC have made six arrests in connection with new schemes that purport to circumvent the Loan Charge – these weren’t loan scheme promoters, the schemes were brand new. But what’s a bit of detail between friends? This was gold dust to Stride. He couldn’t even wait until he was asked about loan scheme promoters this time. He had it queued up, an ace-up-the-sleeve ready to deflect attention from even the most difficult of questions. And when Ross Thomson asked him why people convicted of benefit fraud get 900 years to pay off their debts whereas loan charge debtors get much less, he just blurted it out: “when it comes to criminality, I can tell the House that very recently, on 16 May, HMRC announced that six promoters of these schemes had been arrested on suspicion of loan charge tax fraud.” Hmmm.

When asked about the unfair retrospective tax return of the Loan Charge, he was adamant. The Loan Charge isn’t retrospective: loan schemes had always been illegal. They had previously been so illegal, in fact, that this whole new retrospective contractor tax law was needed in order for HMRC to act against them. Ignoring the rulings in the Dextra Accessories case of 2002, the Sempra Metals case of 2008 and the rulings in the Murray Group (Rangers FC) case at the First-Tier and Upper Tribunals, Stride made the definitive claims:

“HMRC has, over many, many years, pursued these various schemes through the courts, including the Supreme Court, and on each occasion, these schemes have been found not to work.”

“There has never been a time in the history of our country when the arrangements that I described a moment ago were ever compliant with our tax code.”

Both statements are demonstrably untrue. But if the law can be changed retrospectively, perhaps the truth can be too.

Honesty in these circumstances often comes from omission. When asked by backbench heavyweight Jo Johnson if the Minister would commit to pause both the Loan Charge and the extension of Off-Payroll to the private sector, Mr Stride tellingly failed to answer the question.

The Minister had pulled it off again. A true bulwark against truth, logic and compassion. What steps is the Minister taking to support people affected by the 2019 Loan Charge? He cares not for such flagrant outlaws.