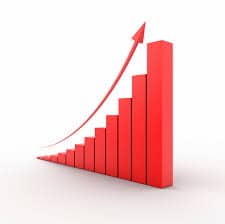 Perhaps the greatest perk of being a contractor is the flexibility it provides, especially when it comes to affording them the option of working on a project in a preferred foreign location.

Exotic hotpots like Spain, Australia and Switzerland have historically been favoured destinations, but a recent study by The Daily Telegraph revealed that such places, due to the combination of high living costs and taxes, do not allow savings to reach their potential.

Interestingly, the most lucrative destination for British contractors was found to be Mumbai – India’s financial capital – which offers higher-than-average salaries to draw in contractors otherwise deterred from working in the city. Paired with the low living costs in India, a highly-skilled contractor is capable of securing the highest disposable income of all 14 locations surveyed – roughly £103,419 after deductions.

Capital of the Indian state of Maharashtra, Mumbai, headquarters almost all major banks, financial institutions, insurance companies and mutual funds in the country. Not only this, it is also home to the Bombay Stock Exchange – India’s largest and Asia’s oldest. A result of numerous economics booms since 1991, Mumbai is now the 17th largest city in terms of GDP.

Meanwhile, cities like New York, Paris and London fell lower in the rankings. London performed particularly badly, affording contractors only a meagre £26,759 of disposable income whilst those in New York and Paris had net earnings of €69,554 and €51,735 respectively.

Shanghai in China ranked second highest, with salaries above the global average but lower than that of India. Although the city’s living costs are considerably higher than that of Mumbai’s, contractors still gained a yearly income of €90,649.

Switzerland was unsurprisingly Europe’s highest scoring country; its low tax rates and competitive salaries left contractors with a disposable income of £88,014. The UAE fell to fourth place despite its reputation as a tax haven, due to lower salaries.

Spain and Australia, with disposable incomes of €31,850 and €46,531 respectively, faired averagely.

Access Financial’s Kevin Austin, who assembled the study, commented: “When you factor in pay and the cost of living, many of the more obvious destinations for expats, such as New York, are much less attractive.

“The East and south-east Asian destinations of Singapore, Malaysia, Hong Kong and China offer that attractive combination of low taxes and cost of living.”

The research was compiled using figures from Numbeo, which provided living cost data, and a poll from HSBC, which surveyed salary data last year.

Those looking to contract abroad are advised to seek independent professional support when assessing their tax and immigration status in light of their assignments, especially with regard to residence and domicile standing. And although earning in another country may relieve you of British income tax, UK domiciled taxpayers are still required to pay capital gains and inheritance tax to HMRC regardless of location.

As of 2017, capital gains on all sales of UK property are liable to tax regardless of the residence or domicile status of the owner.

Demand for staff falls for first time in over a decade