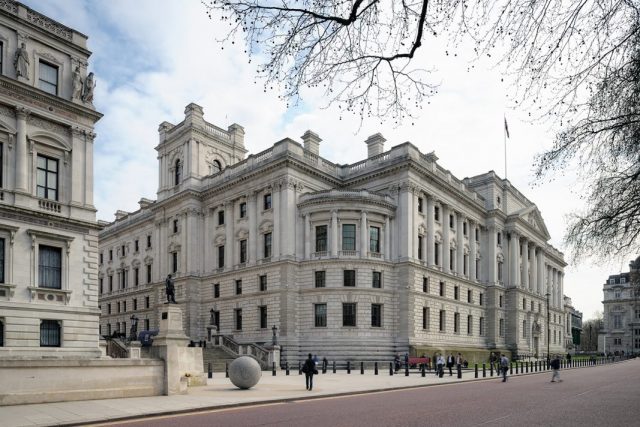 The House of Commons Treasury Select Committee has called on the government to urgently support several categories of worker who have fallen through the cracks of the coronavirus support schemes, including “limited company directors” and “freelancers and short-term contractors”.

In a report, commissioned in March and published on Monday, entitled Economic impact of coronavirus: Gaps in support, the committee identified six types of worker that could not currently access support under the Coronavirus Job Retention Scheme (CJRS) or the Self-Employed Income Support Scheme (SEISS): new starters, self-employed workers who have earned more than the £50,000 trading profits threshold, limited company directors who receive the majority of their remuneration in dividends, freelancers and short-term contractors, the newly self-employed and employees who receive tips, gratuities or services charges through a “PAYE tronc” system.

Of most interest to contractors will be the recommendations for limited company directors, which the report estimates number between 710,000 and 1.8 million.  The Association of Independent Professionals and the Self-Employed (IPSE) presented HM Treasury with a potential solution, a “pay now, claw back later” approach, which the committee has endorsed.  The report says:

“The government has acknowledged the issue of hundreds of thousands of limited company directors missing out on support but has so far failed to take any action.  Many of these individuals, who have a key role to play in firing up the economy again, are facing significant financial hardship.

“The government must find a practical solution to supporting hundreds of thousands of limited company directors who are missing out on support because they pay themselves in dividends.  IPSE has presented the Treasury with a ready-made solution whereby HMRC would request additional information about the proportion of dividends that have come from company profits and from other sources and require self-certification by the applicant.  HMRC would reserve the right to investigate claims and, if it was later found that applicants had inflated their figures, HMRC would reclaim the support with penalties. While we recognise that this approach may require significant resources, we urge the Government to accept and implement this proposal.  While it will have immediate cost implications, it could mitigate future economic scarring and safeguard future tax revenues.”

The report also recommends tapering the £50,000 trading profits threshold for the SEISS to allow individuals who have earned over the threshold “some financial support, up to the total monthly support cap of £2,500”, and allowing PAYE freelance workers to access financial support “that equates to 80 per cent of their average monthly income earned in the first 11 months of the 2019-20 tax year, based on their PAYE tax record in year”.

Commenting on the report’s findings, Andy Chamberlain, deputy director of policy at IPSE, said: “This report is timely and sorely needed by over a million struggling freelancers and others across the UK who have fallen through the cracks in the government support during Coronavirus.  We are very glad the Treasury Select Committee listened to our evidence and warning about the freelance groups that have been left behind.

“There are over 710,000 freelancers who work through limited companies, most of whom are now burning through their savings to get by.  This group in particular is a startling and glaring omission from the government support.  There are also hundreds of thousands of people who became self-employed just last year, who, in the early stages of their freelance career, are likely to be in a particularly precarious financial position.  The Government has left these groups completely out in the cold.

“Recent HMRC data shows over million fewer eligible people than expected drew down on the Self-Employment Income Support Scheme.  We urge the government to turn these unused funds to help struggling, left behind freelance groups.  We are far from the economy and the freelance sector returning to normal: as the Select Committee report highlights, these vital groups urgently need more support if they are to get through the coming months.”

Seb Maley, CEO of IR35 consultancy Qdos, said: “The Treasury Committee has sent a clear message to the chancellor, who must plug this hole in the Coronavirus support and help 710,000 freelancers and contractors.

“Both the self-employment support and the job retention scheme have rightly been extended, but hundreds of thousands of independent workers have been left stranded.  This is despite many freelancers and contractors facing tremendous difficulties, as projects get cancelled and they face pressure from clients to reduce their rates.

“With no clear end in sight to this crisis, it’s vital that the government rethinks the support it offers freelancers and contractors, who will be instrumental in the UK’s economic recovery.”

A Qdos survey, involving over 1000 freelancers and contractors, revealed that: