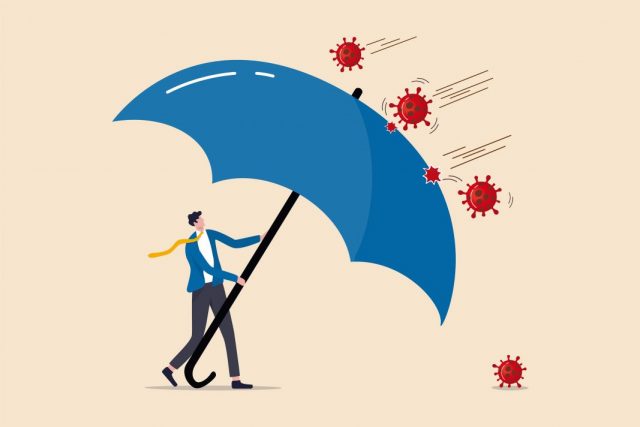 An update to official guidance to the Coronavirus Job Retention Scheme (CJRS) now includes contractor-specific scenarios and clarifies the position of umbrella company workers, but limited company contractors are still – for now – unable to claim for historical dividend payments from their Personal Services Company (PSC).

The updated guidance has clarified that agency PAYE workers – including those paid via umbrella companies – are eligible to be furloughed and receive support through the CJRS, which is paid at eighty per cent of an individual’s “normal” salary, up to a maximum of £2,500.

Holiday leave will continue to be accrued whilst on furlough as per an individual’s employment contract, but annual leave can also be taken whilst furloughed, with employers obliged to top up the benefit payment to comply with the Working Time Regulations, which require holiday pay to be paid at the usual rate of pay, or where an employee’s rate of pay varies (as it does for most contractors), the benefit payment will be calculated on the basis of the average pay received in the previous fifty-two working weeks.

“[The guidance] explains it accrues, but also that it can be taken during furlough leave which may help umbrellas as they’ll only need to top up twenty per cent for any holiday taken while furloughed,” Jo Handler, senior associate at Brabners told website ContractorUK.

In the case of limited company contractors, however, the policy remains that they can only claim for salary payments previously received from their PSC, which in many cases will be close to the National Minimum Wage (NMW) – although small business minister Paul Scully has been reported to be investigating ways for owner-directors to claim for dividends received.

The new government guidance does confirm that PSC directors who are salaried are eligible to be furloughed under the scheme, provided that they restrict their activities to their statutory obligations and do not “do work of a kind they would carry out in normal circumstances to generate commercial revenue or provides services to or on behalf of their company”.  Company directors should formalise their furlough with a written agreement between themselves and their company that makes clear that all work will cease.

In the case of contractors working in the public sector who have been classified as “inside IR35” under the Off-Payroll regulations, the guidance says that most contractors will continue to be “paid as normal” as per Procurement Policy Note PPN 02/20.  However, “in a small number of cases, for example where organisations are not primarily funded by the government and whose staff cannot be redeployed to assist with the coronavirus response, it may be appropriate to claim under the CJRS”.

In those cases, if a public sector body wished to furlough a contractor, they would have to confirm this with both the contractor’s limited company and the “fee-payer” under the Off-Payroll rules (usually the recruitment agency).  The “fee-payer” would then be able to apply for “eighty per cent of the monthly contract value, up to a maximum of £2,500, as well as the employer NICs on that subsidised wage” under the CJRS, which would be then paid to the contractor, subject to normal PAYE income tax and National Insurance.

The CJRS was formally launched on Monday and payments to employers are expected to take at least six days from the date of petition.