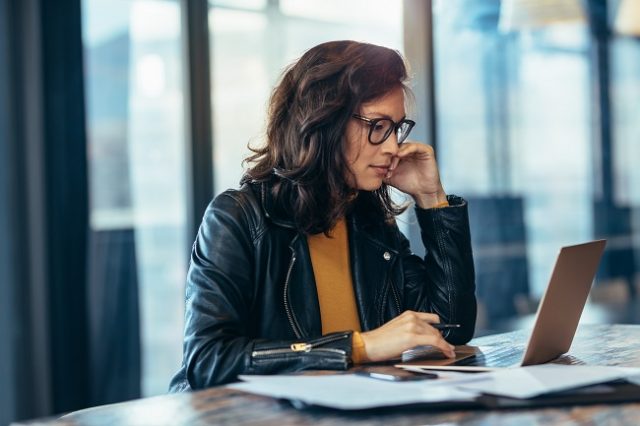 According to a new survey commissioned by SME insurance firm Superscript, self-employed women lost nearly twice as much income as their male counterparts during the Covid-19 pandemic. The survey, which polled more than 2,000 freelancers, sole-traders and micro-business owners, found that women on average lost around 20 per cent of their income, while men lost just 11 per cent.

The most commonly cited reason for the loss of income was a drop in demand for products and services (35 per cent), while 14 per cent cited physical premises being forced to close during lockdown as the primary reason.

In line with the disparity in losses, female freelancers also reported experiencing more of a mental health toll than their male counterparts. While 38 per cent of men said their mental wellbeing had been negatively affected by the pandemic, more than half of women (53 per cent) reported a negative mental health toll.

In spite of this, 30 per cent of female freelancers in the survey reported feeling optimistic as the UK’s lockdown restrictions end, compared to 29 per cent of male respondents.

Superscript co-founder and CEO Cameron Shearer said: “There’s rightly been a lot of focus on mental health in the workplace during the pandemic. So we wanted to explore the human impact on the self-employed and micro-businesses, who make up 95 per cent of registered businesses in the UK, and don’t have access to resources like HR departments for support.

“It’s been a tough time for the self-employed as they have tried to keep their business, which they have worked so hard to build, above water despite demand for products and services dropping off a cliff. Self-employed women have been disproportionately impacted, which illustrates that society still has a way to go to encourage female entrepreneurship.

“Nevertheless, now that the fog is clearing, it is inspiring to see the resilience and adaptability that the self-employed have shown, and they will benefit from that in the long-run.”