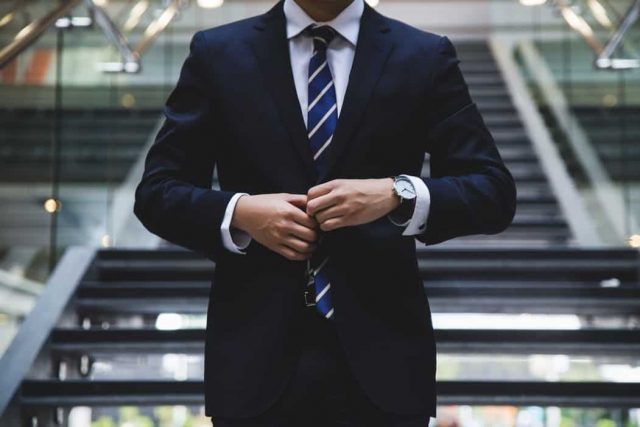 Dutch historian Rutger Bregman ­caused a sensation at the World Economic Forum (WEF) in Davos, Switzerland this year by giving an impromptu speech attacking the ultra-wealthy for participating in tax avoidance whilst simultaneously claiming they are reducing world poverty through philanthropy.

Bregman, author of the Book Utopia for Realists, was invited to speak on the panel “The Cost of Equality”, but after a frustrating week in Davos, he decided to go off-piste and instead use the platform to deliver a speech addressing the elephant in the room: tax avoidance.  The speech has since gone viral after being spread on social networks, with videos of the event receiving millions of views.

“I more or less ignored the question asked by the moderator and gave my speech instead.  It was mainly to ease my conscience: someone has to say what needs to be said.”

After highlighting the juxtaposition of 1,500 private jets flying into Davos to hear Sir David Attenborough talk about rescuing the environment, he told his audience that whilst key themes of the World Economic Forum include participation, justice, equality and transparency, “almost no one raises the real issue of tax avoidance, right?  And of the rich not paying their fair share.  I mean, it feels like I’m at a firefighters conference and no one’s allowed to speak about water, right?”  The comments received cautious applause as the audience began to process what was happening.

“This is not rocket science.  I mean, we can talk for a very long time about all these stupid philanthropy schemes.  We can invite Bono once more.  But, come on, we’ve got to be talking about taxes.  That’s it: taxes, taxes, taxes – all the rest is bullshit, in my opinion.”

Citing the high tax regime of 1950’s America, with a top marginal rate of tax of 91%, as an example of how economies with high personal taxation have been some of the most successful historically,  Bregman said industry had to “stop talking about philanthropy and start talking about taxes”.

Winnie Byanyima, the executive director of Oxfam International, was also on the panel.  She took advantage of the change in topic to call into question the current “business model” of government taxation: “We have a tax system that leaks so much, that allows $170 billion of money every year to be taken to tax havens and to be denied [sic] the developing countries that need that money most, so we have to look at the business model, and we have to look at the role of governments to tax and plough back money into peoples’ lives.”

Former Yahoo chief financial officer Ken Goldman, who was in the audience, took exception to Bregman and Byanyima’s comments: “This is a very one-sided panel”, he said, before citing record low employment levels in the US, including record lows for Blacks and young Americans: “We’ve actually reduced poverty around the world, no one’s talking about that at all”.  He then tried to shift the topic away from tax avoidance by asking what can be done apart from taxation to reduce inequality.

Winnie Byanyima took issue with this, arguing that whilst globalisation has brought more jobs, it has also pushed down the quality of many jobs, illustrating her point using the example of Dolores, a poultry worker that wears nappies to her job cutting and packing chickens because she and her co-workers are not allowed toilet breaks.  “The quality of the jobs matters.  It matters.  These are not jobs of dignity”, she said.

It was Bregman’s first time at Davos, who was invited after his book, Utopia for Realists, was published last March, putting forward the argument for a universal basic income, a fifteen-hour working week and open borders, concepts that have been gaining traction amongst some of the trendier WEF attendees, such as Silicon Valley billionaires.  During his week at Davos, however, he became increasingly disillusioned as he realised his ideas on taxation were not quite as popular amongst the elite crowd.  Speaking at the only panel on tax avoidance, which was held behind-closed-doors with no journalists present, he noted that attendance was poor (just 15 participants) and those that were present did not share his views: “one American looked at me as if I was from another planet,” he said.

Consequently, he resolved to use his slot at The Cost of Inequality panel, organised in partnership with Time Magazine and moderated by Time’s CEO and Editor-In-Chief Edward Felsenthal, to publicly vent his frustration: “I went to my hotel room and memorised what I wanted to say by heart,” he said.

A video of his speech was subsequently shared to Twitter and has now received over seven million views.

The thirty-year old is unsurprised by the reaction: “I am part of a broad social movement.  Ten years ago, it would have unimaginable for some random Dutch historian to go viral when talking about taxes.  Yet here we are.”  Born just before the Berlin wall came down, he is unaffected by cold war-era politics, with radical ideas catalysed by the Great Recession.  “When we say what’s needed are higher taxes and the response is ‘that’s communism’, we say ‘whatever’,” he said.

The Organisation for Economic Co-operation and Development (OECD) estimates the annual cost of tax avoidance to be some $240 billion.  The European Union has this month implemented the first stage of its Anti-Tax Avoidance Directive, aimed at harmonising anti-avoidance legislation across the bloc.  Its effect remains to be seen.