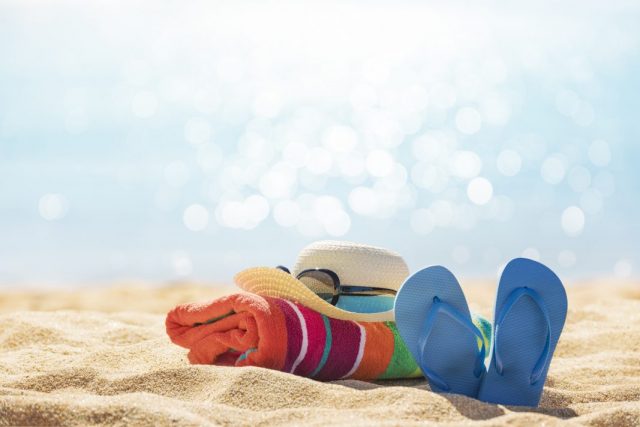 A report commissioned by a leading freelance trade association has recommended that independent contractors take more time off. After the survey of over nine hundred and fifty self-employed individuals or freelancers revealed that nearly two-thirds of them indicated that taking time off improves their contract work performance.

The report, entitled Taking Time Off As A Freelancer, also found that an average independent contractor takes just twenty-four days off annually – four less than the statutory minimum allowance for employed workers. However, the variance of the data was quite high, with thirteen percent of contract workers taking forty days or more off per year, and nine percent taking no time off at all in the past twelve months.

The survey and report were commissioned by freelance trade body the Association of Independent Professionals and the Self-Employed (IPSE) and compiled by Inna Yordanova.

The report on being a contractor in the modern day makes much of the connection between taking time off and wellbeing. Citing the 2018 Work and Well-Being Study by the American Psychological Association, it links activities undertaken during time off such as relaxing, sleeping well, avoiding thinking about work and engaging in interesting or challenging non-work experiences to the reduction in stress that holidays generate. It also links taking time off with having a more positive mood, more energy, more motivation, producing better quality work and more productivity being a contractor. The American study suggests, however, that the positive effects of taking time off work can dissipate within just a few days if the work environment that is returned to is overly negative or stressful.

The IPSE report found that most individuals in contract employment agree that taking time off improves their work life balance, with nearly half believing that holidays help to improve relationships with family and friends and reduce their stress levels.

In a recommendation that may have implications for the self-employment status of some contract workers, the IPSE study calls for the Government to introduce Shared Parental Leave (SPL) and parental pay for freelancers, after finding that one in six respondents took no time off for the birth or adoption of their children. On average, independent contractor or freelancers surveyed took six weeks off for the arrival of new family members.

Chloé Jepps, IPSE’s head of research, said: “What’s clear from this research is that there is a real business case for freelancers taking more holiday. Two-thirds of freelancers say taking time away from their work actually improves it. It’s a sharp rebuttal to the idea that never stopping and being ‘always on’ is more productive.

“Freelancers must be encouraged to take more time off not only for their businesses’ sake, but also for the sake of their wellbeing and personal lives. Our research clearly shows that taking more leave helps freelancers combat stress and anxiety – and build up their personal relationships.

“Self-employment is a vital part of the economy and the labour market.  Not only does it give people the flexibility to fit their work around their lives; it also contributes enough to the economy every year to fund the NHS twice over. To keep this crucial sector firing on all cylinders, it’s essential that government and business work together to support freelancers to take the leave they need.”

Seventy-eight percent of the independent contractors or freelancers who participated in the study said they would like to take more time off than they currently do, with the average ideal annual number of days being thirty-eight. Seven percent indicated that being a contractor, they would like to work more and take less time off each year.

The top reasons for feeling unable to take time off were not wanting to let clients down (sixty-two percent), concern about not securing work in the future leading to a belief that current work opportunities should be taken advantage of (sixty percent), and not wanting to lose money by taking time off unpaid (fifty-seven percent). Unlike individuals with permanent employee benefits who are in a contract as full-time employees getting paid holidays amongst other employee benefits.

In addition to extending SPL to cover freelancers, the IPSE survey suggests four recommendations to improve freelancers’ prospects of taking more time off: encouraging the development of savings and/or insurance schemes to reduce the financial hit or costs of taking time off, making training for the self-employed individuals easier to access, raising awareness about the positive effects of taking time off, and increasing the powers of the Office of the Small Business Commissioner, an independent public body set up in 2016 to help small businesses tackle late payment.

Four Alternatives to a Pension