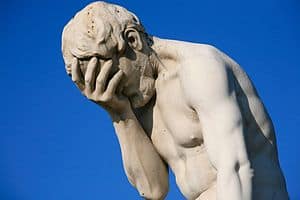 The taxman may end up with egg on his face this month after being repeatedly asked by the Economic Affairs Finance Bill Sub-Committee whether HMRC itself has ever utilised contractors who were paid using disguised remuneration schemes.

Ruth Stanier, HMRC’s director general of customer strategy and design, gave oral evidence before the sub-committee on 22nd October, but in a follow-up letter, she ignored a written question from the sub-committee on “whether any current or former HMRC contractors have used disguised remuneration schemes”.  Having picked this up, sub-committee chairman Lord Forsyth again requested the information “as a matter of urgency” in a written request on the 1st November.

The response from HMRC appeared to again dodge the question: “HMRC has never participated in disguised remuneration schemes when paying its employees or contractors, and carries out diligently the checks required” – leading Lord Forsyth to ask the question again in a letter dated last Tuesday, November 13th:

“The Sub-Committee noted in its meeting on 12 November that you did not say directly that no current or former HMRC contractors have used disguised remuneration schemes. Could you please confirm whether this is the case?”

Anecdotal accounts seem to suggest that this has indeed been the case.  Although it is unclear whether HMRC knowingly engaged contractors using disguised remuneration schemes, should they be forced to confirm that they have indeed paid contractors, only for that money to be fed through aggressive tax avoidance schemes, it will undoubtedly be an embarrassment for the agency – and this may explain their reticence in answering the Finance Bill Sub-Committee’s request, which has now been asked for the third time and in unequivocal terms.

HMRC were left red faced in 2016 after it emerged that their iconic London offices, Custom House, were actually owned by a Bermudan company set up to avoid £170 million in tax on a government deal.

Attention will now be closely focused on Ms Stanier’s response to Lord Forsyth, which is still yet to be received.

HSBC to accelerate job cutting plan as profits plunge by 96%