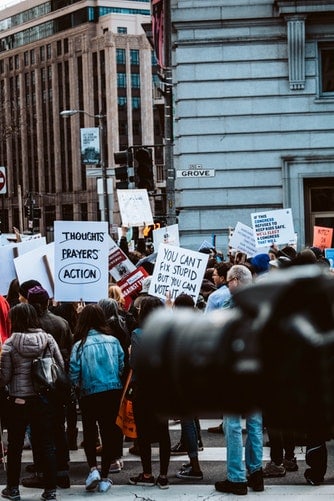 A mass demonstration is being held in Westminster today, Wednesday 27th February, by campaigners protesting against the controversial 2019 Loan Charge tax.

The protest, organised by the Loan Charge Action Group (LCAG), comes at a time when the Loan Charge is being reviewed by both the Treasury and an All-Party Parliamentary Group headed by Lib Dem MP Sir Edward Davey.  Campaigners want to show MPs that the tax is “retrospective, unfair and will have disastrous consequences”.

The LCAG held a similar lobby day in October, which raised awareness about the tax amongst MPs and helped to build momentum against it, arguably contributing to a crucial amendment to the Finance Bill that forced the current Treasury review, due to be delivered to Parliament by the end of March.

The demonstration will begin at 11am as MPs start to enter Parliament.  The LCAG are encouraging affected taxpayers to enter Parliament to speak with their own MPs, either by appointment or using the green card system.  The march is then due to move to HM Treasury by 12:15pm and Downing Street by 4pm.  Two families will enter Downing Street at 4:30pm to hand deliver letters written by affected children to No. 10.

The Loan Charge was announced in 2016 but will take effect on the 6th April of this year.  Its scope has sparked controversy due to HMRC being able to apply the tax historically, in theory allowing them to charge 20 years’ unpaid tax in one year, including for closed tax years.  Campaigners argue that retrospective taxation runs counter to the fundamental principle of being able to plan one’s tax affairs with certainty.  Up to 50,000 people are thought to be affected and their tax bills in some cases run into the hundreds of thousands of pounds.  Many people claim that bankruptcy is now their only option, and at least one taxpayer is reported to have attempted suicide as a result of the Loan Charge.

For those that cannot attend, the demonstration’s progress can be followed on Twitter throughout the day using the hashtag combination: #STOPtheLoanCharge #SaveLives

More information can be found on the LCAG website: https://www.hmrcloancharge.info/lcag-lobby-day-27th-feb-2019/