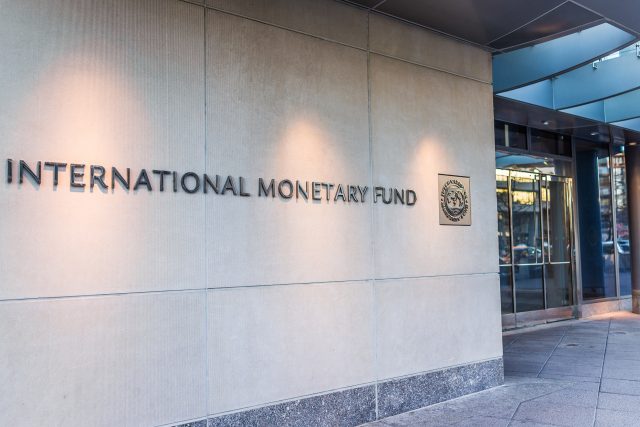 The British economy suffered the deepest recession of all G7 nations in last year, according to the International Monetary Fund (IMF).

The IMF also warned that the economy will not return to pre-pandemic levels until 2022.  The UK was the only G7 economy that the institution downgraded in 2020.  Britain is now estimated to have contracted by 10 per cent last year, a slightly worse estimate than the 9.8 per cent projection last October.

The forecast for global economic growth in 2021 was however upgraded, with the IMF saying that the coronavirus-triggered downturn last year – the biggest peacetime contraction since the Great Depression – would be nearly a full percentage point less severe than expected, whilst warning that the world economy continued to face “exceptional uncertainty”.

Italy’s economy, previously expected to have fared worst out of the G7 nations, is estimated to have shrunk by 9.2 per cent.  France, which had been equal second worst with the UK, is thought to have contracted by 9 per cent.

Britain’s projected 2020 decline would be the deepest recession since 1709 and confirms two records — the worst downturn among the G7 and the highest proportional death rate among countries with populations greater than 20 million.

“Recovery paths vary, with the US and Japan projected to regain end-2019 activity levels in the second half of 2021, while in the euro area and the UK activity is expected to remain below end-2019 levels into 2022,” said the IMF in its World Economic Outlook update.

“The wide divergence reflects differences in behavioural and public health responses to infections, adaptability of economic activity to low mobility and structural rigidities entering the crisis.”

“Much more will be needed, because as we can see, given the mutating virus, that this is not a problem that’s going away anytime soon,” Gopinath told a news conference.

“There is still a tremendous amount of uncertainty,” she told Reuters in a separate interview. “We know that the health crisis is not over until it’s over everywhere.”

Gopinath said the global economy could gain $9 trillion between 2020 and 2025 if faster progress could be made in ending the health crisis, and it was clearly in the interest of advanced economies to help poorer countries recover.

“There’s a complete economic sense to do this, and do it right now,” she said.

The IMF raised its global growth forecast for 2020 by 0.9 percentage points to -3.5 per cent, an improvement from the 4.4% slump predicted in October, and by 0.3 percentage points to 5.5 per cent for 2021, reflecting the deployment of vaccines added policy support in the United States, Japan and a few other large economies.

However, 2021 forecasts for Britain and leading eurozone economies were downgraded.  The UK is projected to grow 4.5 per cent this year, below the 5.9 per cent forecast in October.  Eurozone growth has been downgraded from 5.2 per cent to 4.2 per cent.

HMRC accused by judge of making up figures to terrorise people