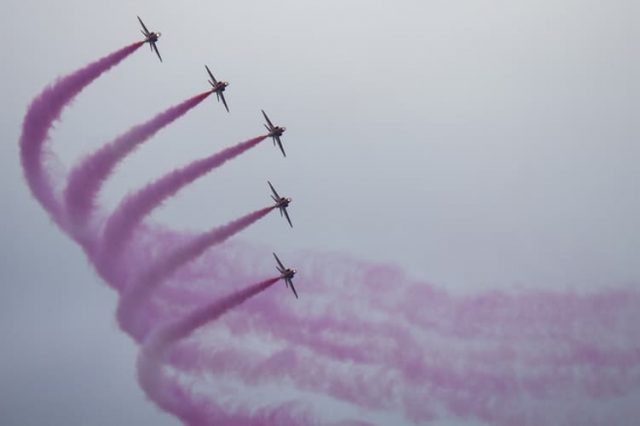 The US defence contractor Raytheon has won a £250 million contract with the Ministry of Defence to provide support to the Royal Air Force’s surveillance fleet for 11 years.

The contract will secure 200 jobs at Raytheon’s intelligence and surveillance hub in Broughton, North Wales when work begins in April, comprising Shadow aircraft maintenance, airworthiness management, design organisation and supply chain support.  An additional 250 jobs will be sustained within the UK supply chain.

“We are safeguarding and creating skilled aerospace jobs in the UK and strengthening the local economy,” Richard Daniel, chief executive and managing director of Raytheon UK, said.  “Our work in advanced defence and security systems, cyber protection and skilled training ensures our armed forces have the technology they need to keep the UK safe and secure.”

It is the first contract agreed under a partnership agreed in 2017 between the MoD and the defence industry, led by Raytheon UK, for an upgrade programme for the Shadow, a version of the Beechcraft Super King Air turboprop modified for intelligence, surveillance, target acquisition and reconnaissance (ISTAR) which has been in use for the last decade.

Raytheon UK will support aircraft modification design and integration under the contract, enabling the upgrade of the aircraft to a Mark 2 version with greater capabilities.

“We are creating the world’s leading hub for advanced ISR platforms in Broughton,” said Roland Howell, managing director of airborne intelligence, surveillance and reconnaissance at Raytheon UK.  “We will work with Team Shadow to make sure we deliver the tactical ISR capability needed for UK defence.”

By transitioning integrated support services to Raytheon UK’s facilities, availability-focused services will be embedded at RAF Waddington, the site where the aircraft is operated by No. 14 Squadron RAF.  Capability and upgrade services will be carried out at Raytheon’s Broughton site.

The MoD outlined its Shadow modernisation priorities in its 2015 Strategic Defence and Security Review, including an increase in the fleet from five aircraft to eight, and an upgraded aircraft that will be extended in service until at least 2030.

Minister for Defence Procurement Stuart Andrew said “this £250 million investment will ensure the UK retains its position as a global leader in battlefield intelligence gathering for UK troops and our NATO allies.  It is also great news for the economy through the safeguarding of 450 skilled jobs across the country, including 200 in North Wales, confirming the region as a UK centre of excellence for air support.”

Raytheon is one of several US defence groups that have a UK presence, employing 1,700 people across a number of sites, including Broughton, Waddington and Manchester.  Its UK subsidiary generated £461 million in sales in 2017.

Boeing, which has won numerous contracts with the Ministry of Defence, opened its first ever production facility in Europe in the UK last October.  It set up a manufacturing facility in Sheffield which will make components for the 737 and 767 airliners, an investment of £40 million.