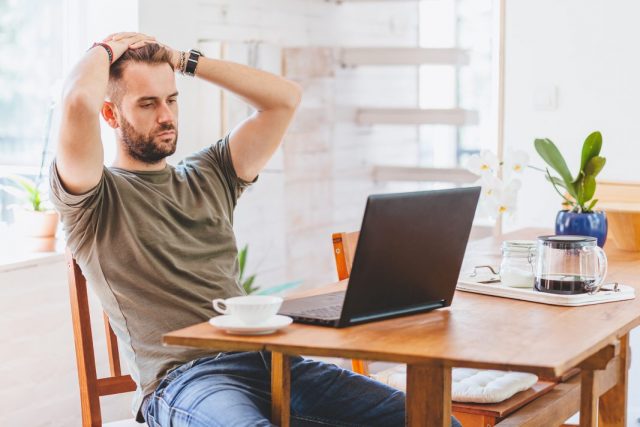 Chancellor of the exchequer Rishi Sunak last week confirmed that HM Treasury will not be extending the government’s coronavirus support schemes to cover those who have “fallen through the cracks”.

Mr Sunak made the confirmation to the House of Commons Treasury Select Committee, saying “it’s not as if there is no support available”.  More than a million people are estimated to have been excluded from coronavirus support, including those who only recently registered as self-employed, self-employed individuals who earn more than £50,000 and limited company owner-directors, a disproportionate amount of whom are contractors.

Committee chair Mel Stride has been calling on the chancellor to “iron out” problems facing small businesses that have been left out of the coronavirus support schemes since they were announced back in March, but when he pressed Mr Sunak on the topic again at his most recent appearance before the influential panel, he was told “there would not now be the opportunity or intention to introduce new schemes”.

The chancellor also defended his “job retention bonus” plans, where employers will receive £1,000 to keep staff on, despite admitting that a significant proportion of that money will be wasted on jobs that would have been kept on regardless.

Mr Stride said that “administrative complexity”, the justification given by the prime minister, chancellor and head of HMRC for leaving people who receive the majority of their earnings in the form of dividends out of the schemes, was a “weak reason” to exclude 700,000 taxpayers from coronavirus support, “given that you have shown an extraordinary ability to be nimble and agile in other areas”.

“It is not as if there is no support available for the group of people you have mentioned,” replied Sunak, pointing out that the PAYE element of a director’s remuneration would be covered under furlough, and citing the availability of tax deferrals, loans and mortgage holidays.  “It may well be that they haven’t got exactly what they wanted but there are other avenues that they have been able to access.

“Our focus now, and my focus for HMRC, and indeed everything else we are doing, is planning for and implementing policies for the recovery.  That is where I think our focus should be.”

Ellie Phillips, a freelance presenter and journalist who has been campaigning on the issue, called the situation a “national scandal”.  “It is absolutely abhorrent that Rishi Sunak continues to ignore the near-millions of taxpayers who’ve been excluded from support during this crisis,” she said.

“MPs are constantly asking the chancellor to fix these enormous gaps.  And despite all of this, Rishi Sunak still refuses to help these excluded taxpayers, who have had no income and no support for over four months during this crisis.

“All that the Treasury Select Committee meeting today achieved for those who’ve been excluded, was an acceptance by Rishi Sunak that not everyone has been able to get the support that they need.”

The committee session also covered whether the state should help SMEs with bailouts as they borrow increasing amounts of cash to get them through the crisis.  Mr Sunak said: “I’m not completely persuaded of the scale of the problem at the moment.  The simple reason is that we know corporate debt levels in the UK were in a relatively healthy place coming into this crisis,” adding “the bar for that kind of intervention is very high.”

“It should be exceptionally rare, it should only be in situations where a company has some strategic value, it clearly has a long-term viable future and the existing equity holders and creditors have shared in the burden and are not just looking for a free ride on the taxpayer.

“In any country government is always the lender of last resort.  Is there going to be a slightly bigger call on the government’s role in that regard during a period of financial distress?  Yes.  That said, the bar remains where it should be.”

Buying equity in millions of small and medium-sized companies, as some think tanks have suggested, “might not be sensible”, Mr Sunak said.

With the Office of Budget Responsibility warning that the UK faces “explosive” debt levels, there has been substantial speculation regarding how the chancellor plans to pay for the huge amount of spending on coronavirus support.  Recently, the Treasury asked the Office for Tax Simplification to review capital gains tax, raising the prospect that a raise in CGT could be on the cards.  Mr Sunak tried to play down the speculation, saying it was “business as usual” to review the tax.

He added: “They’ve looked at all those other taxes over the past few years and this is just the next one on the block to take a look at.”