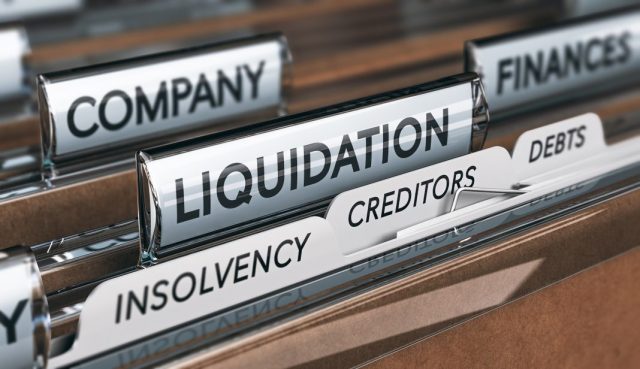 Insolvencies in the UK are forecasted to jump by twenty-seven per cent this year according to trade credit insurer Atradius, with the rise attributed to the covid-19 recession.

Every major market except China is expected to see a rise in business failures in 2020, with Turkey expected to suffer the largest increase at forty-one per cent, followed by the US and Hong Kong with forecasted rises of thirty-nine per cent.  The global average increase in insolvencies is twenty-six per cent, putting Britain one percentage point above the average.

The Atradius Insolvency Report analyses the economic impact of the covid-19 pandemic and the knock-on effect on insolvencies.  Every major economy, except for China, is expected to enter recession this year, with global GDP forecast to contract by 4.5 per cent, meaning that this recession will be more severe than the Great Recession of 2009.

Atradius economists report that the depth and length of the global recession will be determined by the ability of governments to manage health regulations and either exit from lockdown or “find a way to thrive with social distancing”.

The insolvency figures recorded in the first half of the year exhibit “peculiar” decreasing behaviour, the report said, with most countries experiencing fewer insolvencies than in the same period of the previous year.  Notably, the UK, Spain and France recorded substantially less insolvencies in H1 despite being some of the hardest hit countries by the virus.  In the UK, insolvencies were down more than twenty per cent year-on-year in H1 with similar patterns repeated globally.  However, Atradius explained this anomaly by changes to the insolvency regime in most countries, designed to protect companies from going bankrupt.

According to the report, these include temporary suspensions of insolvency applications, preventing creditors from starting insolvency procedures or raising the debt threshold for bankruptcy notice. In addition, Atradius said, governments and central banks have taken measures to counteract the economic impact on businesses such as small- and medium-business lending programmes, subsidies including furlough payments and tax suspensions.  But as measures and programmes begin to expire, Atradius forecast that the brunt of the recession will be more fully reflected with a rapid climb of insolvency levels in the second half of the year.

UK insolvencies to increase by over a quarter in 2020