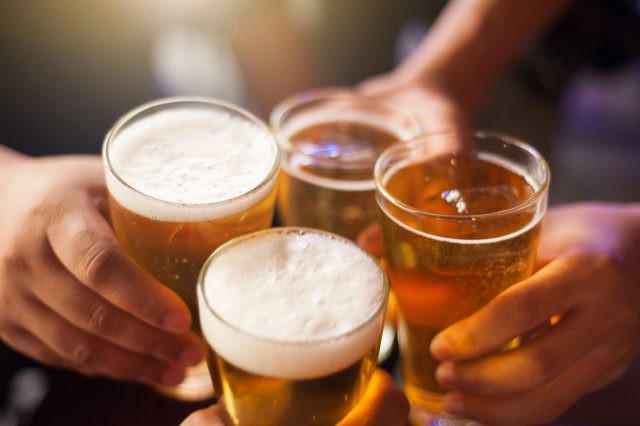 The objectivity of the government’s supposedly independent review of the 2019 Loan Charge has been called into question following the release of a series of emails under the Freedom of Information Act (FOI) that appear to show a degree of collusion between HM Treasury and the team leading the review, headed by Sir Amyas Morse.

In one email, the permanent secretary of HM Treasury, Sir Tom Scholar, thanks Sir Amyas for “steering [the review] to a conclusion”.  In another exchange, a review team staff member who is also a senior Treasury official agrees to buy beers for the Chancellor’s press secretary for help finding someone to help with incoming press enquiries.

The 2019 Loan Charge targets users of “disguised remuneration” tax avoidance schemes, which mitigated tax by paying participants via tax-free loans.  Such loan schemes, ostensibly legal at the time they were used, were widely used by contractors to circumvent the IR35 rules.  The Loan Charge was introduced to prohibit loan schemes but, controversially, can be applied to historic payments received via the schemes.

The result is that this financial year, many loan scheme users are being charged income tax and National Insurance on several years’ earnings in one lump sum, resulting in crippling liabilities.  When the Loan Charge was drafted, it was designed to be applicable to payments made up to twenty years ago.  The resulting furore led to the government agreeing to review the policy, a process that was supposed to be independent of the Treasury.

Sir Amyas Morse, former head of the National Audit Office, led the review.  One of the recommendations of his report was to limit the scope of the Loan Charge to December 2010, when legislation was passed intended to prohibit loan schemes (that legislation was, however, easily bypassed by subsequent loan schemes).  The review has repeatedly been referred to as “independent” by the government.

The emails exposed by the recent FOI requests were passed to the Loan Charge All-Party Parliamentary Group (APPG), a cross-party group of MPs and peers, who published a report on Monday entitled Exposing HMRC interference in the supposedly ‘independent’ Loan Charge Review: The Truth as revealed by Freedom of Information.  The APPG’s report claims that the emails are evidence that “[the] Morse Review was not independent and [that] HMRC and the Treasury interfered from start to finish”.

The Loan Charge APPG stress that they are making no criticism of Sir Amyas or his delivery of the review in what they call “an unreasonably short timeframe”, rather they claim that interference by the Treasury and HM Revenue & Customs has “rendered the already flawed report conclusions as unsound”, noting that Sir Amyas’ team was comprised entirely of Treasury and HMRC staff.

The APPG also note that HMRC initially refused to comply with the FOI requests and later attempted to stall them.  MPs are due to vote on an amendment to the Finance Bill, New Clause 31, on Wednesday that would further limit the scope of the Loan Charge to apply from 2016 onwards except in cases of deliberate tax evasion.

“The information exposed by Freedom of Information responses clearly shows that the review commissioned by the government and presented as independent was, in reality, nothing of the sort,” said Sir Ed Davey, acting Lib Dem co-leader and co-chair of the Loan Charge APPG.  “There was a clear attempt by HMRC and the Treasury to interfere and to direct it from start to finish.  We make clear we make no criticism of Sir Amyas Morse, but his review was set up in such a way so as to make an independent review impossible.

“There was clear and inappropriate interference from the two governmental bodies which were being reviewed.  The flawed conclusion of the review must be rejected and Parliament must seek to resolve the Loan Charge Scandal properly.”

Ruth Cadbury MP, also co-chair of the Loan Charge APPG, commented: “We now know that the Chancellor’s own press secretary was involved in dealing with press enquiries to the review and that there was an inappropriately close relationship between the review secretariat team, made up of Treasury and HMRC staff, and the Treasury and HMRC, whose policy the review was scrutinising.

“This shatters any illusion of genuine independence and the fact is that this review fails even basic tests of how an independent review should operate.  Now it is clear that the conclusion of the Morse Review cannot be relied on, it is up to MPs to do the right thing and to remove the retrospective Loan Charge for everyone other than those for whom HMRC can prove they were deliberate tax evaders”.

Sir Mike Penning MP, third co-chair of the Loan Charge APPG, said: “Colleagues from across the House of Commons have consistently expressed their opposition against retrospective legislation, but the now discredited Morse Review recommends that retrospection back to 2010 should remain.

“This recommendation is flawed and it doesn’t address the basic injustice of this clearly retrospective legislation.  So we hope that finally Ministers will agree that the retrospective nature of the Loan Charge is wrong and accept the amendment to the Finance Bill to tackle this and allow thousands of people to have the chance to defend themselves in the normal way they are entitled to within our legal system”.