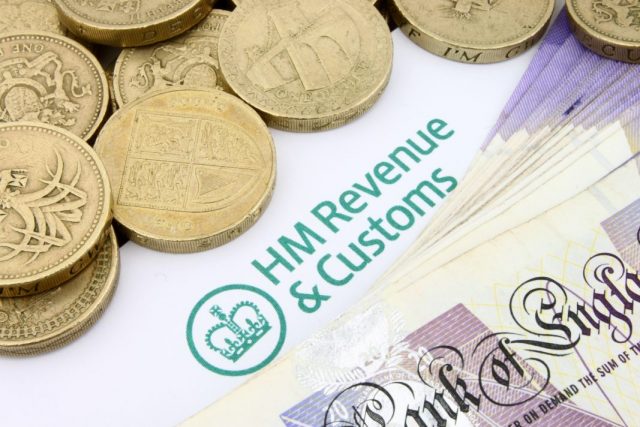 Recruitment and employment specialist Lawspeed has responded to recent reports that Network Rail has classified nearly all of its contractors as “inside IR35” by warning the contracting sector that the Off-Payroll rules may be a clandestine way for HMRC to achieve precisely such results, with so-called “blanket” assessments providing risk averse engagers with a simple way of avoiding potential liabilities.

“The contracting sector should be alive to the fact that HMRC may be seeking to achieve this outcome”, said Adrian Marlowe, managing director of Lawspeed and chairman of the trade body The Association of Recruitment Consultancies (ARC).

“Hirers can take some steps to protect against tax non compliance, where PAYE and NICs are not paid to HMRC regardless of the hirer’s determination that the IR35 rules apply, but none can stop a tax investigation where the determination is that the arrangement is ‘outside’.  The impact of this risk is obvious – most will want to avoid it, particularly in the private sector where financial risk is much more a critical factor than in the public sector.

“Given that HMRC must understand commercial risk for it to propose a tax that is to apply to the private sector, it follows that HMRC is well aware that risk averse hirers will make these blanket IR35 assessments.  Such assessments will always be that the arrangements are caught, not the other way round.  Making blanket assessments avoids all risk save that the hirer may find it difficult to find top quality contractors willing to work under the IR35 rules, and if all hirers took that approach that would be the end of contracting as we know it.  Unlike in the public sector, HMRC cannot use its status to request hirers to stop making blanket assessments.

“If HMRC doesn’t recognise this, then perhaps it should. It goes a long way to explaining why there is considerable disquiet amongst both hirers and contractors over the current IR35 extension proposals.

“Also, it seems obvious that only a few hirers will want to set up an appeals process against their own ‘caught’ decisions, and no one is going to appeal a ‘not caught’ one. The process would involve time, money and possibly contention, against the background that it is the hirer who knows what the job involves and who can choose whether to take the risk.  This proposal alone, which HMRC says will be mandatory, may deter hirers from hiring contractors wherever the rules might apply.

“Logically, and perhaps cynically, this must have been factored in to HMRC’s calculations, meaning that the proposals to address contractor complaints about determinations, such as the suggested appeals process, are nothing but a blind.  Blanket ‘caught’ assessments are inevitable.  Given HMRC’s plan to raise more money, its proposal is a master stroke.

But, surely there must be a better and fairer way to address tax avoidance?”

The exact form that the IR35 reforms known as Off-Payroll will take in the private sector is still unclear, with the plans currently subject to a public consultation process due to end on May 28th, but HMRC have stated on multiple occasions that whilst making “blanket” assessments in the form of applying determinations in bulk to contractors working under comparable terms and conditions will be acceptable, mass “inside IR35” or “outside IR35” rulings irrespective of the terms of individual engagements will not be.

However, there is currently no clarity on how such mass rulings could be appealed by contractors if their clients choose to flout the rules, or whether there would be any statutory penalty for engagers automatically making “inside IR35” determinations without carrying out any IR35 assessment.  Under the Off-Payroll rules in the public sector, HMRC has the power to charge the income tax and NICs to the Public Sector Body if “reasonable care has not been taken” to reach IR35 status decisions, but looks unlikely to seek such powers over private sector hirers.

Proving lack of reasonable care may be difficult for contractors anyway, and the complexity of IR35 assessment could provide a useful veil for unscrupulous clients to hide behind.

HMRC’s consultation document “Off-payroll working rules from April 2020” suggests that imposing a requirement on end-clients to provide the reasons for IR35 status determinations to both the contractor and the “fee-payer” (likely to be the agency) would “go some way” to addressing the issue, along with a “status disagreement process” at the client that would allow contractors to appeal status decisions.  The exact requirements such disagreement processes would be subject to are also not yet finalised.

One thing is clear – the Off-Payroll rules, when rolled-out to the private sector, are due to have a profound effect on contracting.  The recent shock decision by HSBC to stop using contractors from September onwards is understood to be directly related to the impending changes.

Whether hirers of contractors will open themselves up to new risks in order to attract the best talent will really depend on the bullishness of contractors and how the market as a whole reacts to the new rules.  Highly-skilled freelancers with their wide breadth of experience will always represent a significant commercial advantage to business; with the advent of Off-Payroll, companies will now have to ask themselves if that advantage is enough to be worth it.

HMRC estimate that Off-Payroll will earn the Exchequer an additional £1.3 billion a year by 2023-24 by reducing non-compliance with IR35.