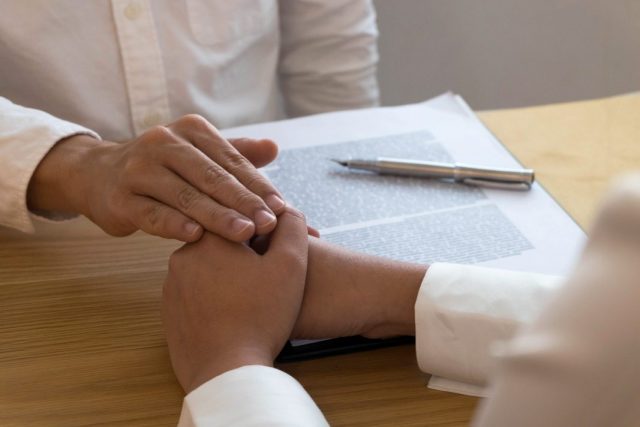 The Liberal Democrats have included several contractor-specific policies in their 2019 election manifesto published on Wednesday, including a raft of measures that had been specifically called for by a leading freelance trade body.

Amongst their other pledges, the party have committed to freelancer-specific policies such as reviewing the reform of IR35 contractor tax, curbing late payments by obliging government hirers and large companies to sign up to the Prompt Payment Code, extending parental leave and parental pay to freelancers, ending retrospective contractor tax changes like the 2019 Loan Charge, and reforming Universal Credit

“to be more supportive of the self-employed”.

Other headline policy announcements were the already highly-publicised revocation of the UK’s request to leave the European Union, an increase of the rate of corporation tax to 20 per cent, a 1 per cent increase in income tax (excluding Scotland), and spending pledges such as an extra £7 billion annually for the NHS and social care and recruiting 20,000 new teachers.  They also commit to legalise cannabis if elected.

The contractor-specific policies announced in the manifesto were welcomed by the Association of Independent Professionals and the Self-Employed (IPSE), who launched their own manifesto earlier in the month, calling for “a full, wide-ranging review of small business tax, scrapping IR35 and ending confusion over the Loan Charge”, an end to the culture of late payment and updated freelancer parental rights.

Andy Chamberlain, deputy director of policy at IPSE, said: “We are delighted that the Liberal Democrats have taken up so many of our policies to support the self-employed.  In recent weeks, we have met with several senior Liberal Democrats, so it is excellent to see that our points have cut through.

“The changes to IR35 will have disastrous consequences for the UK’s 5 million self-employed [workers] next April.  Reviewing them is a definite step in the right direction.  It would give IPSE the chance to make it clear just how harmful the changes to IR35 would be and put paid to them once and for all.

“By adopting our policies to clamp down on late payment, reform Universal Credit, scrap the Loan Charge and ensure fair pay for freelance parents, the Liberal Democrats have committed to truly support the self-employed.  They have laid down a gauntlet for the other main parties, who must now step up to back Britain’s freelancers.”

The Liberal Democrats said that their spending pledges would be paid for by a new tax on frequent flyers, increases to income, corporation and capital gains tax, and mainly by a £50 billion “Remain Bonus”, which represents the boost to the economy that remaining in the EU would represent, net of EU contributions.  The “Remain Bonus” is purported to be worth as much as £14.3 billion in 2024-25 alone.

The reform of IR35, known as the Off-Payroll rules, shifts the burden of employment status assessment away from contractors, who currently self-assess their status, and on to the companies that hire them.  The reforms are fiercely opposed by business, which is wary of the additional administrative burden of making IR35 assessments in bulk and the financial risk of getting them wrong, and by contractors, who have concerns that many companies will simply default them into an “inside IR35” position, negating the financial benefits of freelancing whilst at the same time denying the contractors access to statutory employment rights.

The Off-Payroll rules were introduced into the public sector in 2017, causing chaos at the BBC and sparking suspicions that other Public Sector Bodies, such as Network Rail, were applying a “blanket” approach and simply classifying all contractors as employees for tax purposes.  The IR35 tax rules are due to be extended into the private sector next April, but many businesses are still ill-prepared for their new responsibilities.

Many large financial institutions have started to indicate that they will only hire contractors on a PAYE basis in the new financial year, or will simply stop engaging contractors altogether.  Some contractors and commentators are starting to fear that the Off-Payroll rules could signal the end of contracting in the UK altogether, or at the least, severely hamper the sector.

Several tax and accountancy professional bodies have called for a delay to the implementation of the Off-Payoll rules, and both IPSE and the Recruitment and Employment Confederation (REC) called for at least a one-year delay in their respective election “manifestos”.

The Prompt Payment Code was created by the Labour government of 2008 in an attempt to encourage businesses to pay their suppliers on time, but the scheme is voluntary and there is scant incentive for large companies to sign up to it.  The Lib Dems are committing to make all government agencies and companies with more than 250 employees sign up to the code as a legal requirement, thus “making it enforceable”.

Parental leave is currently unavailable to both female and male contractors.  The Lib Dem manifesto commits to

“expand the rights and benefits available to those in insecure forms of employment, such as offering parental leave and pay to the self-employed”,

although exactly how this would be achieved, and the implications with IR35, are unclear.  The manifesto makes no mention of how this policy would work in practice.

The 2019 IR35 Loan Charge has been one of the most unpopular policies with contractors ever enacted.  Thousands of contractors that used umbrella schemes that payed them in part via tax-free loans have been affected by IR35 contractor tax.  The schemes claimed full compliance at the time, an assertion apparently backed up by the case law, and many contractors had their tax returns accepted by HMRC even though the returns explicitly highlighted loan scheme usage via HMRC’s own Disclosure of Tax Avoidance Schemes (DOTAS) regime.

In 2016, the 2019 Loan Charge was announced: a new rule that could tax the outstanding loan balances that resulted from using such schemes, effectively negating the tax benefits and charging all of the additional tax due to the taxpayer in one fiscal year, even if the scheme use spanned multiple years.  This has resulted in life changing sums being charged to taxpayers under IR35, many of whom have few assets and are nearing retirement.  Up to six Loan Charge related suicides have been reported.

In January, following fierce lobbying from affected contractors, a cross-party group of MPs and peers formed the Loan Charge all-party parliamentary group (APPG) to scrutinise the IR35 policy.  They have since been vehement in their opposition to the tax, calling for a contractor tax review and for its pseudo-retrospective scope to be narrowed.  The chair of the Loan Charge APPG is ex-Cabinet minister Sir Ed Davey, Lib Dem treasury spokesperson and deputy leader, which may explain why the Lib Dems are calling for an end to the controversial levy.

With both the Conservative and Labour manifestos yet to emerge, the Lib Dem manifesto published today sets both the major parties with a high standard to meet if they are to woo the UK’s 4.8 million-strong self-employed workforce.

Everything you need to know about shared ownership