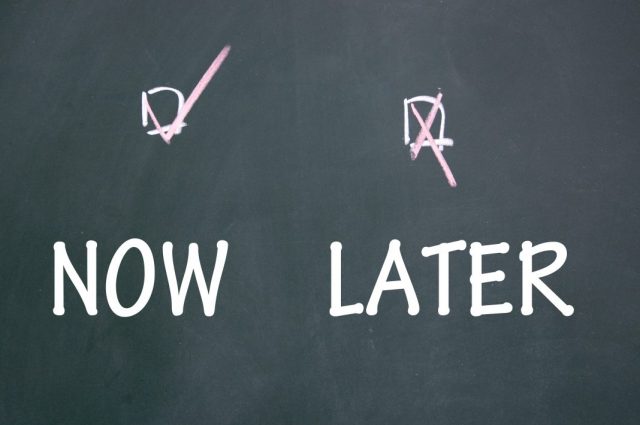 The contracting sector was on alert on Tuesday as HM Treasury confirmed that reforms to IR35, known as the Off-Payroll rules, will not be delayed pending a review of their impact.

An IR35 review had been promised by chancellor Sajid Javid in the run up to the general election but until this week no confirmation had been made regarding its remit or when it would take place.

However, in a statement made on Tuesday by financial secretary to the Treasury, Jesse Norman confirmed that rather than looking at the merits of the IR35 policy as a whole, the intention of the review will be to “ensure smooth implementation of the reforms”.

The IR35 review is expected to conclude by mid-February.

The Off-Payroll rules are intended to prevent tax avoidance by contractors falsely paying tax on a self-employed basis when they are in fact working under employed terms and conditions.  Under the current IR35 rules, contractors must self-assess their status; the new rules change this by making their hirers responsible for doing so and then paying their contractors accordingly.

However, critics of the new IR35 rules are concerned that businesses will simply side-step them by forcing all contractors to work as PAYE employees, effectively decimating the contracting sector.  Several major engagers of contractors such as HSBC, Vodafone and GlaxoSmithKline have already announced PAYE-only policies for their contractors that will be in effect when the IR35 Off-Payroll rules kick in on April 6th.

Contractors, end-clients and the recruitment industry will be concerned by the decision not to delay the IR35 reforms, which will be seen by many as a signal that they are now destined to be implemented in the new financial year – an assertion reinforced by Mr Norman’s statement that the review will look only at the implementation of the reforms, and that HM Revenue & Customs will “continue its comprehensive programme of education and support activities, proactively helping customers to prepare for the reform to Off-Payroll working rules in April 2020”.

The announcement was made by Mr Norman on the Treasury’s website hours before he was due to face questions from MPs in the Commons at question time.  He said in a statement: “we recognise that concerns have been raised about the forthcoming reforms to the off-payroll working rules.

“The purpose of this consultation is to make sure that the implementation of these changes in April is as smooth as possible.”

The Treasury also said a separate review will be launched to “explore how [the government] can better support the self-employed”, which will include improving access to credit, making the tax system easier to navigate and examining how enhanced broadband could improve flexible working opportunities.

Mr Javid had committed to a IR35 review of Off-Payroll on BBC Radio 4’s Money Box in November, only after Labour, the Liberal Democrats, the SNP and the Green Party had all made commitments to review Off-Payroll.  Many took this to mean that the review would look at the merits of the IR35 policy itself, rather than simply its implementation.  No commitments to review Off-Payroll were included in the Conservatives election manifesto.

An 83-page report into the 2019 Loan Charge by former National Audit Office chief Sir Amyas Morse published in December urged the government to press ahead with the Off-Payroll reforms, saying the changes to IR35 are “of the first importance … and will need and deserve support from Parliament”.

However, many professional advisers believe that detailed guidance on the application of the IR35 rules, which the Chartered Institute of Taxation (CIOT) have called “very complex”, has been lacking, which could be a factor in at least fifteen major end-clients’ decisions to stop using contractors post-April.

The Institute of Chartered Accountants in England and Wales (ICAEW) were unequivocal in their response to the Off-Payroll consultation published in September, calling the IR35 rules a “sticking plaster to a wider problem”, “overcomplicated” and imposing “excessive compliance burdens” on the hirers of contractors.  They also suggested that the draft legislation would “incentivise one type of employment status over another” and called for the rules to be delayed until 2021 to allow both businesses and HMRC more time to prepare for implementation.

The ICAEW also highlighted that the ongoing uncertainty in 2019 surrounding the United Kingdom’s exit from the European Union combined with the implementation of Making Tax Digital made Off-Payroll much more burdensome than it would be under normal circumstances.

Adrian Marlowe, head of Lawspeed and the Association of Recruitment Consultancies (ARC), warned contractors in May last year that HMRC’s intention may actually be to force companies to payroll all of their contractors: the so-called “blanket” approach.

“The contracting sector should be alive to the fact that HMRC may be seeking to achieve this outcome,” he said.  “Hirers can take some steps to protect against tax non-compliance, where PAYE and NICs are not paid to HMRC regardless of the hirer’s determination that the IR35 rules apply, but none can stop a tax investigation where the determination is that the arrangement is ‘outside’.  The impact of this risk is obvious – most will want to avoid it, particularly in the private sector where financial risk is much more a critical factor than in the public sector.”

“We know from our … campaigners that the chancellor of the exchequer has been heavily lobbied on this by his own concerned MPs, so the fact a delay wasn’t announced today is telling.  There may still be the opportunity to tinker around the edges, perhaps to soften the blow for firms, but for now, firms should start preparing immediately.

“Pushing ahead with this contract jobs-killing measure is insane.  As we leave the EU, reliance on a flourishing flexible workforce will be vital – yet the Chancellor has decided to pour glue on it.

“All parties likely to be affected by the new Off-Payroll Tax should urgently write to their MP and the Chancellor and request a delay, explaining the impact it will have on their business.”

For contractors there is some hope that Mr Javid’s announcement on Monday that the budget will be in March – weeks after the IR35 review concludes – may still provide the government with an opportunity to delay the implementation of Off-Payroll.  But that hope is waning fast.

Nearly half of contractors think IR35 assessments should be independent