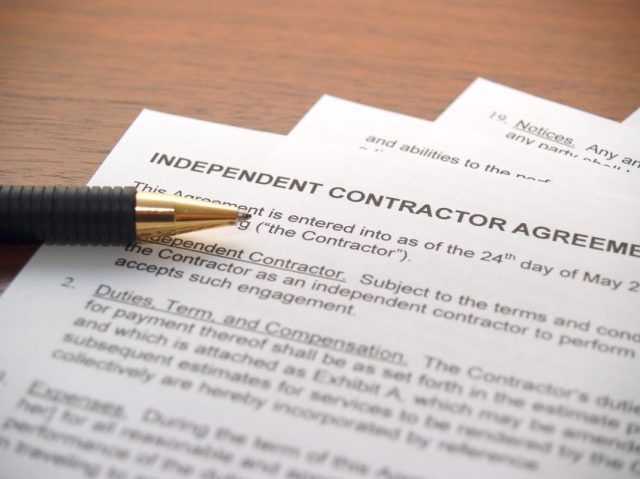 The latest Report on Jobs by KPMG and the Recruitment and Employment Confederation (REC) offers yet more gloomy news for self-employed individuals, who work as a contractor, this month, as permanent staff appointments rose in December for the first time in a year, with the REC attributing the upturn in part to the incoming extension of the Off-Payroll rules to the private sector.

However, the increased permanent hiring activity was also linked to higher business activity and the commencement of previously delayed hiring plans due to the moderating of months of uncertainty over the United Kingdom’s departure from the European Union.

Temporary and contract billings also rose “modestly” at the end of the year, surpassing November’s level, whereas growth in demand for contingent workers, defined as self-employed individuals such as freelancers, independent contractors, consultants, or others who work as a contractor, softened compared to the previous month.  Whilst temporary billings rose across all regions, the Midlands saw the steepest rate of growth by far.

The slowing of temporary vacancy growth meant that demand for staff overall grew at a “sluggish” pace, and although permanent vacancies rose at the quickest pace for three months, vacancy growth remained stuck near a decade low.

The number of people available for new roles continued to fall markedly in December, although less sharply than in November.  Permanent staff availability contracted at a quicker pace than the supply of temporary or independent workers who work as a contractor.  The drop in available talent was attributed to skill shortages and “lingering uncertainty” by recruiters.

Falling candidate availability contributed to further salary and rate increases for both permanent and temporary staff, which were sharper than in recent months but still the softest seen over the past three years.

“After the uncertainty of 2019, there are some signs of a clearer outlook for hiring in today’s survey. With a new government in place and the path ahead looking more predictable, some businesses have decided that they have waited long enough. The first increase in permanent placements for a year should give encouragement to both recruiters and employers – let’s hope this is a sign of positive things to come.

“Feedback from recruiters shows that the upcoming IR35 changes are affecting both placements and the availability of flexible workers. This is a delicate period for the jobs market, and is the worst time to push through sweeping changes to the way we tax contractors. It is right that government engages further with business on the changes, but they should also delay implementation until next year to allow time for a full, independent review and effective regulation of the umbrella sector. As it stands, the government risks damaging ethical businesses and encouraging non-compliance.”

“It would appear that following the clarity of the election outcome, the jobs market finally began to show signs of life with permanent placements rising for the first time in a year.

“However, growth was modest and coming off a historically low base so UK business will be hoping for quick government action to get the UK back on the path to growth including an investment in upskilling the workforce.  Lingering uncertainty around the Brexit deal to be secured will continue to weigh on employers’ decision making around hiring and investment over the coming months, as well as job-seekers desires to seek new opportunities.”

The Report on Jobs is compiled by IHS Markit from responses to questionnaires sent to a panel of around 400 UK-based recruitment and employment consultancies.

Number of self-employed falls by nearly half a million