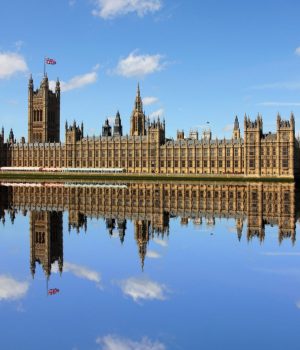 An inquiry launched by members of the House of Lords into the forthcoming changes to the IR35 rules has called for contractors and other affected parties to submit written evidence to assist with their probe into the controversial reforms.

The Economic Affairs Finance Bill Sub-Committee, which scrutinises the legislation passed each year to enact changes to the tax system, launched the inquiry last Tuesday.  HM Treasury launched a separate “review” into the IR35 changes, known as the Off-Payroll rules, last month.

The news that the Lords’ sub-committee will conduct an independent inquiry was widely welcomed by contractors and industry commentators, many of whom were dismayed by the limited scope of the Treasury’s review which will only look at ensuring “smooth implementation” of the reforms, rather than whether they should be delayed or repealed.

The timing of the inquiry has been called into question, however, with less than two months remaining until the implementation date of the new legislation.

The Off-Payroll rules, which will make the hirers of contractors responsible for assessing their contractors’ tax statuses, have come under heavy criticism for placing an undue and “onerous”  administrative burden on business, and many major UK companies have already announced that they will stop using external contractors after the rules take effect in April, at least in the short-term.

There are also concerns that the public sector roll-out of the rules in 2017 was disastrous, with many public sector bodies unprepared for the complex new obligations and claims that a significant number of freelancers were erroneously classified as “employed” for tax purposes, leading them to pay substantially more tax than they should have done.

The sub-committee has invited “interested individuals and organisations” to submit written evidence to their inquiry by 25 February.  Specific areas of interest to the inquiry include whether the IR35 tests are sufficiently clear, if CEST requires improvement, whether it is fair that some individuals are taxed as employees without receiving the rights of employees and, more generally, “the real-life experiences of individuals and organisations” who will be or have been affected by the rules.

Due to a technical issue with the Parliament website, an online form to make submissions has been taken down and interested parties are now being asked to send their submissions via email to financebill@parliament.uk, along with their name and contact details.  Submissions should be short, concise, and of no more than six pages, with submissions of between four and six pages including a one-page summary.  Paragraphs should be numbered, and submissions should be dated, stating clearly whether the submission is made in a personal capacity or on behalf of an organisation.

For more information on making a submission, see the official call for evidence which can be found here.

The chair of the sub-committee, Lord Forsyth of Drumlean, said: “The Government is proposing to extend the off-payroll working rules to large and medium-sized organisations in the private sector.  We are interested in how this change will work in practice, and how it relates to wider changes in working arrangements.

“To inform our work we want to hear from as broad a range of people and organisations as possible.  If you have a view on off-payroll working rules, please let us know what you think.”

The inquiry will look at various aspects of the new rules, including whether lessons have been learned from the Off-Payroll public sector roll-out and, if so, if they have affected the proposed private sector rules; whether the impact of the rules on the private sector has been adequately assessed; and whether the CEST status checker tool and IR35 tests themselves could be improved.

Interestingly, however, the inquiry will also scrutinise “policy objectives”: if the rules as proposed meet their goal of reducing IR35 tax avoidance and increasing revenue for the Exchequer.  This could be interpreted as looking at whether the Off-Payroll rules should be scrapped altogether and/or replaced with alternative legislation.

Seb Maley, chief executive of IR35 specialists Qdos Contractor, told the FTAdviser website: “While we welcome this inquiry into IR35 reform, we can’t help but wonder why it wasn’t held months ago.  Nonetheless, it’s an opportunity for contractors, agencies, businesses and experts to have their voices heard.

“It’s vital that the Lords committee looks at the facts around IR35 changes.  Has public sector reform worked?  No, not when you consider that thousands of contractors were unfairly forced inside IR35.”

A 2018 report by the Lords’ Finance Bill Sub-Committee made several recommendations for amendments to the 2019 Loan Charge, a retrospective tax that disproportionately affected the freelance community.  None of their recommendations were taken up by the Treasury, and Mel Stride MP, the contemporary financial secretary to the Treasury, refused to give evidence to the committee on three separate occasions.

Research by recruitment agency Robert Half last year found that sixty-two per cent of businesses surveyed were worried about missing out on skilled contractors due to the Off-Payroll rules.