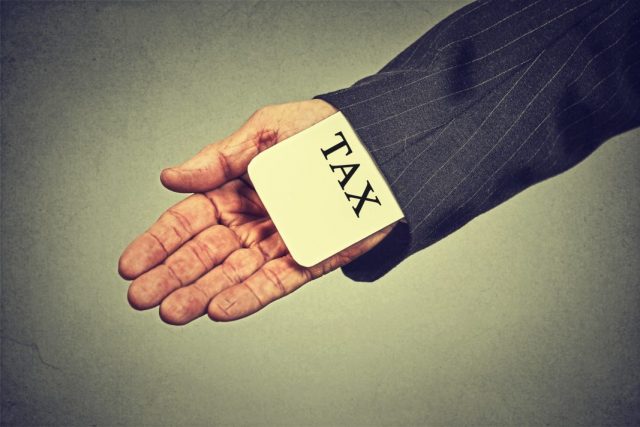 The general-secretary of a trade association for locums and freelance healthcare professionals has suggested that an NHS organisation that has been wrapped up in a £4.3 million IR35 tax dispute with HM Revenue & Customs appears to have “thrown in the towel” by accepting to pay the disputed sum to the tax authority.

The figure in question relates to allegedly incorrect assessments by the National Health Service’s information and technology unit, NHS Digital, under the Off-Payroll regulations which were rolled out to the public sector in 2017. The rules made public sector bodies responsible for assessing their contractors’ IR35 statuses, with the liability for unpaid tax in the event of erroneous self-employed assessments falling on the public body.

Following legal action from the Independent Health Professionals Association (IHPA), in September 2017 NHS providers were issued with guidelines preventing them from applying so-called “blanket” IR35 assessments and instead mandating a case-by-case approach. NHS Digital appear to have complied with these rules, using HMRC’s official online IR35 status checker, CEST, as the basis of their decisions.

Whilst HMRC state on CEST’s website that they will “stand by the [CEST] result given unless a compliance check finds the information provided isn’t accurate”, in the case of NHS Digital the tax authority contested the public body’s determinations, arguing that the incorrect taxation of contractors on a self-employed basis had denied them millions in unpaid PAYE income tax and National Insurance.

The issue came to light when the department’s accounts were submitted to Parliament earlier in the year. In a footnote, the annual report admitted: “following the implementation of the new rules for IR35 introduced for the public sector in April 2017, we undertook a considered assessment of the status for each individual contractor which we believed met the HMRC requirements. However, HMRC have challenged our assessment. We have been in extensive discussions but now consider it appropriate to acknowledge their position and create an accrual covering the period from 1 April 2017 to 31 December 2018.  This accrual is £4.3 million including interest and penalties”.

The report disclosed that the public body used “the toolkit supplied by HMRC”, i.e. CEST, to assess independent contractors’ statuses only until December 2018, after which point – presumably following HMRC’s enquiry into their IR35 assessments – NHS Digital began to make IR35 decisions “internally”, with the help of an “external provider” in difficult cases.

The CEST, or Check Employment Status for Tax, tool was developed by HMRC to assist hirers of independent contractors with their substantial new obligations under the Off-Payroll regime, but is widely regarded as ineffectual, and has been criticised for being “too simplistic”, “hopelessly unreliable” and “not fit for purpose”. In May, the Chartered Institute of Taxation (CIOT) called for significant improvements to CEST “if the rollout of the off-payroll working rules to the private sector is not to lead to uncertainty and protracted disputes over tax status between businesses and workers”.

At the time, Colin Ben-Nathan, chair of the CIOT’s Employment Taxes Sub-committee, suggested an October deadline for making the necessary improvements to CEST, however, at the time of writing, CEST has not been updated since March and is still officially in its beta development stage.

The case highlights the difficulty that engagers of independent contractors can have in making accurate IR35 determinations, at a time when thousands of businesses are gearing up for the extension of the Off-Payroll rules into the private sector next April.

In the public sector, which has been subject to the Off-Payroll rules for over two years, there is growing evidence that many public bodies have shirked their Off-Payroll responsibilities by simply classifying all contractors as “inside IR35”. In May, a freedom of information request revealed that Network Rail had put 810 out of 817 contractors onto PAYE, and research by the Freelancer and Contractor Services Association last year found that 42% of public sector bodies assessed voluntarily divulged that they were classifying all contractors as caught by IR35.

Whilst these “blanket” assessments shield the engager from any potential future tax liabilities, HMRC have said that they are non-compliant with the Off-Payroll rules, which dictate that the end-client must assess each contractor’s IR35 status with “reasonable care” and pay them accordingly.

However, the tax authority has muddied the waters by also claiming that after making an IR35 assessment, it would be compliant to apply the same assessment to other contractors engaged under the same terms and conditions without reviewing each individual case – an approach that has also been referred to as “blanketing”.

In August it emerged that an HMRC-run IR35 webinar for NHS trusts endorsed this form of role-based “blanket” IR35 assessment.

Dr Iain Campbell, general-secretary of the IHPA, suggests that “market forces” prevented NHS Digital from applying a blanket approach to Off-Payroll assessments because of their reliance on contractors.  In 2018-19, NHS Digital spent £15,600,000 on contractors and temporary staff. Dr Campbell believes that their IT contractors would have simply left for the private sector unless rates were hiked substantially, forcing NHS Digital to apply the rules properly:

“For most health sector workers, the size of the private market in the UK is extremely small. Consequently, the fact that such engagements were still subject to the old IR35 rules presented little impediment to ‘blanketing’, as there simply were far too few jobs for this to cause a mass exodus to the private sector. In NHS Digital though the story was different. This is because, in IT, the number of private sector jobs unaffected by the reforms was very significant. This meant that in attempting to source contractors, NHS Digital would face extreme difficulty if it attempted to rule them all inside IR35 — rates would either need to be massively inflated to compete, or workers would simply migrate to private sector jobs.”

He went on to suggest that the “relentless zeal with which HMRC has been pursuing the self-employed” brought the tax authority into a protracted dispute with the NHS department, which had broken ranks with other public bodies in facilitating proper IR35 checks, but eventually NHS Digital capitulated without the matter reaching litigation.

Bordering on a conspiratorial tone, Dr Campbell even went as far as to posit that the “capitulation” may have been engineered “to send a signal to the private sector”: “it’s being suggested that NHS Digital has little need to maintain its opposition to the general public sector stance – the intent may now be to sew fear in private sector clients’ minds by staging a high profile capitulation to HMRC.”

There is no evidence that this is the case, but it remains unusual for the NHS department to accept liability for the tax when they were apparently applying the Off-Payroll rules with due diligence, using HMRC’s own IR35 status tool to verify their decisions.

HMRC’s new chief executive and permanent secretary, Jim Harra, has previously defended the Off-Payroll rules in a blog post that claimed that independent contractors had underpaid millions of pounds of tax in recent years that could have been used to fund the NHS.