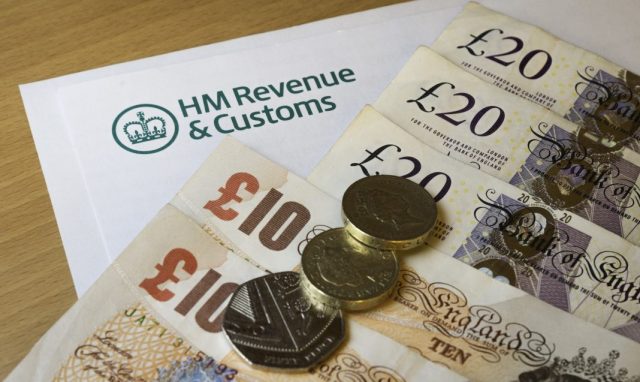 The independent review into the controversial contractor tax, the 2019 Loan Charge was published on Friday to widespread consternation from the contractor community. Despite recommending key reductions to the scope of the levy and compelling HM Revenue & Customs to offer more manageable payment terms to affected taxpayers for this contractor tax.

“too far in undermining or overriding taxpayer protections”.

The major bone of contention with the Loan Charge has been over its quasi-retrospective effect, which originally allowed HMRC to charge income tax and National Insurance to loan transactions made up to twenty years ago, even if the relevant contractor tax return was accepted by the tax authority at the time.  HMRC usually have up to six years to query tax returns.

The twenty-year scope resulted in taxpayers being charged crippling amounts, in some cases reaching hundreds of thousands of pounds in immediately payable tax payments. Several individuals are reported to have taken their own lives as a direct result of the contractor tax policy.

Sir Amyas’ report recommended cutting the window of retrospection by nearly twelve years, to December 2010, when “disguised remuneration” legislation was introduced by Parliament which was intended to outlaw loan schemes.

It also recommended that the contractor tax Loan Charge should not apply to loans made after 2010 where the loan scheme user declared their use of the scheme to HMRC and no inquiry was subsequently made by the Revenue into the individual’s tax return.

HM Treasury has committed to implement these recommendations and will be refunding any funds already paid to HMRC in relation to transactions outside of the contractor tax charge’s new scope.

Taxpayers will also now have three years, instead of one, to settle their Loan Charge debts.

Whilst the narrowing of the scope of the Loan Charge goes some way towards addressing its perceived injustices, campaigners were hoping for the retrospective element of the charge to be repealed entirely, and many taxpayers are still left with life-changing tax bills, a proportion of whom are now approaching retirement.

In addition, a significant number of contractors who face large Loan Charge bills are now expecting a substantial drop in net income as they are forced onto PAYE as a result of the impending changes to the IR35 legislation next April.

The report was met with dismay by contractors and the wider community of affected contractor tax payers.  Many decried the timing of the publication of the report – which was delayed by the general election – as cynical, given that it was released late afternoon on the last Friday before Christmas.  Particular issue was taken with financial secretary to the Treasury Jesse Norman’s use of the word “delighted” when announcing the release of the report on Twitter.

“’Delighted’ you sick, insensitive, psychopath [sic].  Issued Friday afternoon, 5 days before Xmas.  This is a whitewash and you’ll be fought in court!”

Retrospective legislation is unusual in UK law but not unprecedented.  The first time it was used in a tax avoidance context was in 1978 by Denis Healey to combat mass-scale avoidance by the infamous Rossminster bank.  At the time this was considered to be crossing a constitutional red line: common law presumes that legislation does not have retrospective effect.  In order to obey the law, one must know what the law is at the time of action – however, it was deemed a necessary step at the time to combat the loss of hundreds of millions of pounds to the Exchequer.

Retrospective tax legislation has been used sparingly since, albeit mainly against corporate avoiders.  In the case of the Loan Charge, campaigners had raised the issue that court rulings as late as 2008 that had upheld the validity of loan schemes were incompatible with the retrospective effect of the contractor tax charge.

The report also recommended that individuals subject to the charge should only be required to pay half of their disposable income annually towards Loan Charge debt, and should not be made to sell their primary residence or dip into their pension pots.  A recommendation that unpaid Loan Charge debt should be written off if still unpaid after ten years was rejected by the government.

In a thinly veiled critique of HMRC’s conduct in handling the Loan Charge, Sir Amyas also proposed that HMRC review its Charter “to set higher expectations of performance during interactions with members of the public”.  HMRC have been accused of using advanced behavioural psychology techniques to coerce, or “nudge”, contractor tax payers into complying with their requests.

“This review is a clear indicator that [HMRC] and the Treasury have been seen to overstep the mark, using legislation inappropriately to mend their own ineffectiveness,” Tom Wallace, head of tax at WTT Consulting, which represents almost 2,000 of the people affected, told the Financial Times.

Steve Packham, spokesperson for lobbyists the Loan Charge Action Group (LCAG), said: “It’s now been accepted that it is wholly unacceptable for this retrospective law to apply as far back as 1999, which was disgraceful, and that closed years prior to 2016 will no longer be subject to the loan charge.

“However, we continue to believe that the loan charge should not apply retrospectively at all and are concerned that many people will still be seriously impacted.”