Home IR35 – What Is It And How Does It Affect You? What Are The Main Concerns With The IR35 Off-Payroll Rules? (Part Two)
Facebook
Twitter
Pinterest
WhatsApp 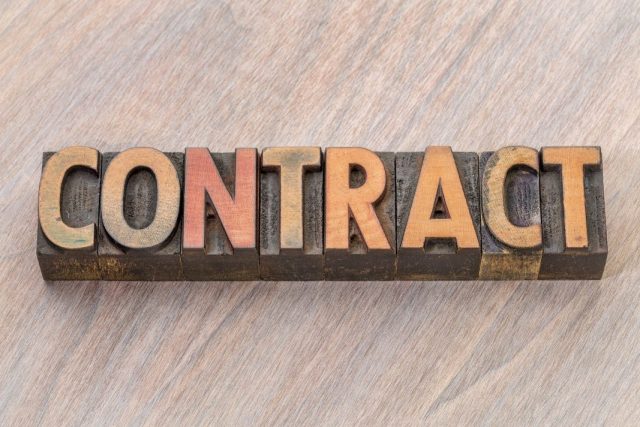 Last week, we reviewed some of the major concerns that the contracting industry has with the incoming extension of the IR35 reforms known as the Off-Payroll rules into the private sector, in light of the current HM Treasury review into their implementation.

In the second part of that series, we review a further five issues that stakeholders have identified with the proposals in their current form.

The Off-Payroll rules were rolled-out to the public sector in April 2017 with mixed success.  There are examples of public sector bodies, such as the NHS, Network Rail and the Met Office, that simply applied a “blanket” approach to the IR35 rules, forcing almost every contractor onto payroll apparently without rigorously assessing their IR35 statuses.

After a stint of enquires from HM Revenue & Customs, in 2008 the BBC, which currently engages some 60,000 freelancers, introduced a policy of only hiring freelance television and radio presenters in longer-term or higher paid roles through limited companies.  They later developed an employment status test in conjunction with HMRC and Deloitte in an attempt to ensure that they only engaged genuinely self-employed workers through limited companies.  When Off-Payroll was introduced, however, HMRC’s CEST tool classified 92 per cent of their (supposedly self-employed) limited company freelancers as employed, causing chaos and, in the words of the Commons’ Public Accounts Committee:

“misery and hardship for those affected”.

The public sector IR35 rules were due to be reviewed by the Treasury Select Committee before their introduction but the scheduled hearing for that review was cancelled due to the 2017 general election being called and wasn’t subsequently rescheduled.  The Association of Recruitment Consultancies (ARC) has called for the committee to now review the private sector proposals before they are “regarded as suitable”.  They also note that there has been no full impact assessment.

The Institute of Charted Accountants in England and Wales (ICAEW) criticised the Treasury for not publishing the draft Off-Payroll legislation alongside the draft Finance Bill legislation to enable consideration “in the round”.  They also warn that the IR35 rules that will govern the recovery of unpaid PAYE have been authorised in the draft legislation to be determined by secondary legislation, which prevents Parliamentary scrutiny of said rules.

Under the current proposals, in order to prevent “blanket” inside-IR35 assessments as previously seen in the public sector, the client will need to provide a “status determination statement” (SDS) to the contractor detailing the contractor’s IR35 status and the reasons for coming to the relevant conclusion.  They must also be able to demonstrate that they took “reasonable care” in forming the decision.

However, aside from the difficulty in making an IR35 status decision before the commencement of the assignment, if the contractor should dispute the client’s decision, the government have prescribed a dispute process that will be led by the client itself.  The Association of Chartered Certified Accountants (ACCA) have particular concerns with this proposal, saying that in addition to the administrative burden that this will place on the hirers of contractors, “a client-led dispute process will place in question the impartiality and integrity of the outcome”, also noting that the procedure may vary significantly between clients.  The Chartered Institute of Payroll Professionals (CIPP) have

“concern about the risk of long-standing disputes”.

The Association of Taxation Technicians (ATT) propose that IR35 status be agreed between contractor and client before the commencement of the assignment in order to avoid disputes, whereas Chartered Accountants Ireland suggest that both parties should have the option of referring the status decision to the First-Tier Tribunal in the first instance for resolution.

There is also currently no time limit for a contractor to dispute a status decision, meaning a dispute could be raised months or years into an assignment, leaving end-clients with a prohibitive level of ongoing uncertainty.

The Off-Payroll IR35 proposal is based upon several assertions by HMRC, including that only 10% of limited company contractors that should apply IR35 actually do so, and that the cost of non-compliance in the private sector is projected to increase from £700 million in 2017-18 to £1.3 billion in 2023-24.

However, the ACCA pointed out in their consultation response that the Office for Budget Responsibility (OBR) estimate that the proposed IR35 rules would represent a £661 million increase in revenue for the exchequer by 2023-24, a disparity of £639 million from HMRC’s tax gap.  They attribute this inconsistency to the exemption in the rules for clients that are small businesses.

The Institute of Chartered Accountants of Scotland (ICAS) said: “ICAS considers that there is a great degree of uncertainty in relation to this tax gap figure, as well as the costing and methodology.  This is mainly because of the lack of explanatory evidence to support it in the public domain.”

A small entity exemption (commonly referred to as a small company exemption) is included in the private sector IR35 rules, ostensibly because the policymakers recognise the complexity of the burden placed upon hirers of contractors, and that it would be unrealistic to oblige smaller companies to tackle such a responsibility.

The criteria for which clients would qualify as “small” are the same as in section 382 of the Companies Act 2006: i.e. a business that satisfies two of the following:

The criteria have been criticised as being over-complicated; Chartered Accountants of Ireland have suggested using the definition of SME as contained in the exemption of the UK’s transfer pricing legislation; others have suggested scrapping the small companies exemption altogether.

The ICAEW note that having a small companies’ exemption in the private sector but not in the public sector creates an unwelcome asymmetry, and said they “strongly believe that having different tax rules for some engagers in the private sector is unsustainable in the longer term, leading to greater complexity, unfairness, a greater administrative burden and the likelihood of more mistakes and ultimately non-compliance”.

There is also the issue of what happens as a company outgrows the exemption.

In the event that PAYE goes unpaid, the liability for the tax would get passed up the supply chain, ultimately to the client.  This means that any company involved in the supply of contractors, even if they have acted entirely properly and in compliance with the rules, is exposed to substantial PAYE debts in the event that the “fee-payer” cannot pay HMRC (for example, insolvency).

This is clearly an unacceptable risk for businesses.

The Chartered Institute of Taxation (CIOT) have said: “We think that where the client/agency has taken reasonable care to ensure the integrity of the supply chain but, for some reason, there is a default and HMRC is unable to recover the PAYE and NICs from the party concerned it would not be fair and proportionate for the liability to be transferred to the client/agency.  And that in these circumstances we suggest the power to transfer liability should be tempered by a defence of having taken reasonable care.”